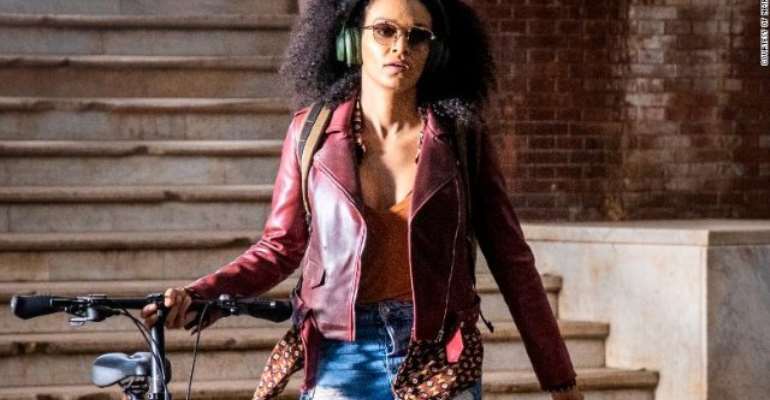 Queen Sono, an African original series commissioned by Netflix, is due out in February

If you're tired of the Bond formula, Queen Sono may be the spy you've been waiting to binge-watch. In this Netflix series, due for global release February 28, Pearl Thusi plays a dazzling secret agent trying to uncover the truth about her mother's assassination while also protecting her country.

"Queen Sono" is the first original African series commissioned by Netflix ( NFLX ), part of an effort by the streaming service to increase its appeal to viewers there, analysts say. Netflix seeks to expand in Africa as it nears "a saturation point" for subscriptions in many developed markets, says Constantinos Papavassilopoulos, an associate director at market research firm IHS Markit. 'Showcasing an African aesthetic'

"Queen Sono" is "a kaleidoscope of expression of African artistry" says Dorothy Ghettuba, head of International Originals for Africa at Netflix. "It showcases an African aesthetic onscreen that the rest of the world has never had a chance to see ... exploring the origins of contemporary trends through African eyes and the breadth of ideas that this vast continent has to offer."

The lead character is "a female African hero for the times," says Kagiso Lediga, the show's South African creator.

The series is designed to be a pan-African thriller that's an entertaining and smart political drama, Lediga says.

"If it appeals to all Africans, it appeals to the world," he says. "Those people and stories have always been there but never seen as viable for a global audience."

Netflix doesn't release subscription figures specifically for Africa but it reported in December that it had 47.4 million subscribers in Europe, the Middle East and Africa. Simon Murray, principal analyst at London-based Digital TV Research, estimates that it has 1.41 million subscribers in sub-Saharan Africa, mostly in South Africa, with five million expected by 2025. Big opportunity

"Although there's a global demand for Hollywood content, people always want to watch local stars and local product," Murray adds. "You have to refresh your content on a regular basis to keep subscribers and attract new subscribers." 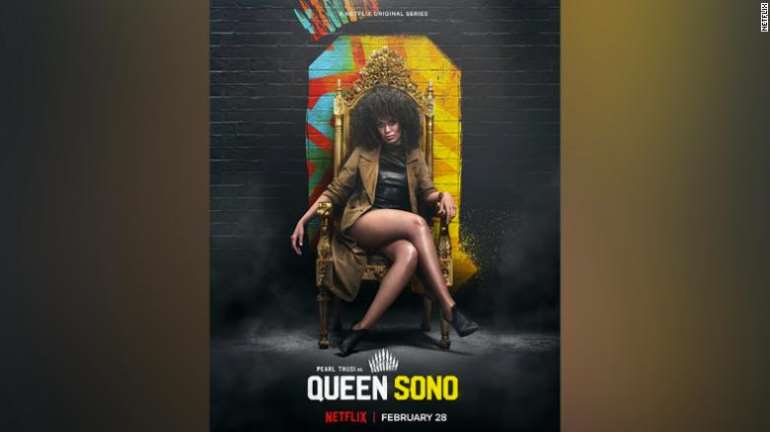 Queen Sono, shot in 37 locations, follows the eponymous secret agent as she devotes herself to protecting Africa after her mother's assassination. Barriers to overcome

But offering appealing content only goes so far -- the "real battleground" is how to reach the customer, says Papavassilopoulos, who notes that only around 40 percent of households in sub-Saharan Africa have a TV.

One obstacle for the streaming services is the low broadband penetration in Africa, which averaged just 25 percent in 2018, according to the World Bank.

To help ease data costs, Netflix has introduced a mobile tool that allows users to control their data consumption and reduce usage by downloading content for offline viewing.

It is also developing local partnerships to make digital payments easier in countries where they are unusual; customers with South African telecommunications providers Telkom and Vodacom can add their subscription to existing bills.

Papavassilopoulos says Netflix could at some point reduce subscription fees and introduce mobile-only plans -- which it has done in India -- making the service more affordable and suitable for countries in sub-Saharan Africa where mobile is effectively the only infrastructure available for viewing. The competition

Netflix needs to stand out against its rivals in the area.

Its African competitors include South Africa's Showmax, which offers easy digital payments through a local partner and package deals with a domestic satellite service that can save customers money.

Nigerian IrokoTV has branded kiosks where viewers can download movies to their phones to watch later, saving on data costs, and employs local salespeople who can reach customers in a way Netflix does not.

Long term, it also remains to be seen how Netflix will compete against its American rivals on the continent. In November, Apple TV+ launched in 12 African countries, including South Africa, Uganda, Mozambique, Ghana, Niger and Zimbabwe. Netflix has been available in all 54 African countries since 2016. Amazon Prime is not yet active in Africa, and Disney Plus has no official launch date.

It will still be some time before the region has all the components in place. When it does, Netflix will hope to dominate.