VGMA Board Urged Not To Lift Ban On Shatta, Stonebwoy 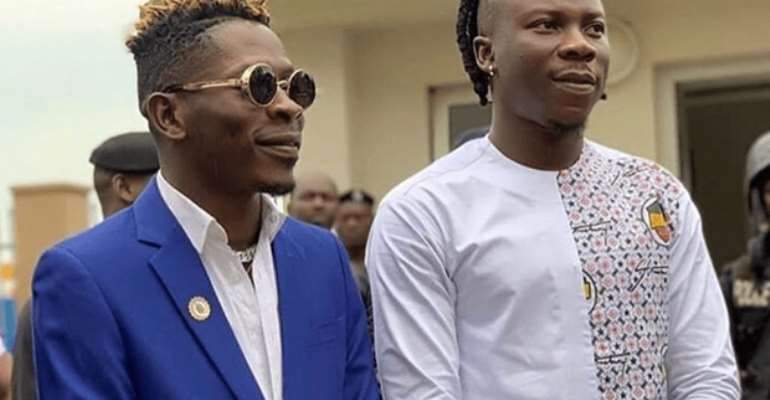 Veteran highlife musician Rex Omar has urged the board and organisers of the Vodafone Ghana Music Awards (VGMA) not to lift the ban placed on dancehall artistes Shatta Wale and Stonebwoy.

He said what happened between the two artistes during last year's awards ceremony has dented the image of the Ghanaian music industry; therefore the ban should not be lifted.

Speaking on an Accra-based 3FM, the highlife musician indicated that those who made the decision to ban the two dancehall artistes should stick to it because the two artistes are not bigger than the Ghanaian music industry.

“What happened during the awards ceremony is wrong. It was wrong then and is wrong now and if we want it to continue then the ban should be lifted,” he said.

The veteran highlife musician, who is also the chairman of the Ghana Music Right Organisation (GHAMRO), noted that the industry is guided by rules and after the fracas of the two artistes at the awards ceremony, the ban should serve as a deterrent to other artistes.

He maintained that the ban on the two artistes must continue to serve the purpose for which it was handed.

The two artistes were banned from the awards after Stonebwoy pulled a gun on stage while receiving an award last year.

While Stonebwoy was on the VGMA stage taking his award, Shatta Wale was seen approaching the stage with a host of others presumed to be his fans.

Stonebwoy, who felt threatened, pulled out a gun handed him on stage by one of his associates, a scene which sparked a scuffle between the two artistes and their followers.

They were banned indefinitely from the awards scheme, stripped of all the awards they won last year and asked to return the plaques after they disrupted the event.

The awards event was temporarily halted and the topmost two awards for the event ‒ most popular song of the year and artiste of the year ‒ were deferred due to the clash.

Both Stonebwoy and Shatta Wale were invited by the police for questioning the next day and have since been charged and put before court. They have pleaded not guilty to the charges filed against them.