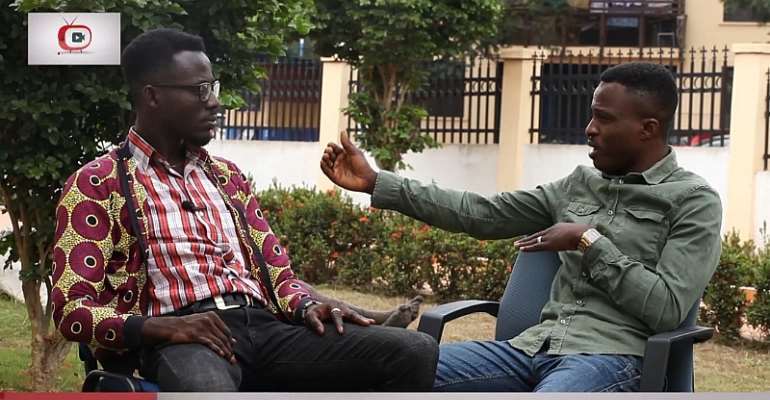 Ghanaian mentalist Ahokagya who is well vexed in reading minds and easily reveals people’s thoughts at a given time mentioned that the Holy Bible is fake and therefore expressed disbelief in its content and teachings.

Speaking in a one on one interview with Ghanaian Journalist/Blogger Attractive Mustapha, he described himself as a hardcore whose belief system is not limited to spirituality.

He explained that he is not a Christian in a conventional sense and that religiously he believes in the philosophy of many great men who have passed more than being Christianity.

Talking about the Bible, he said the Bible has lots of flaws.

He added that he sees the Bible as a book of wisdom and further mentioned that the true Bible is hidden from the masses.

"The Bible we are using is not the real bible, Jesus had 12 disciples, but how many of them have books in the Bible or have written about Christ in the Bible people use?", Ahokagya quizzed.

The first gospel in the Bible is from Mark who never knew Christ, he never saw him, he wrote everything out of hearsay, and apart from that the bible is not consistent”, he added in a chat with Attractive Mustapha Nii Okai Inusah.