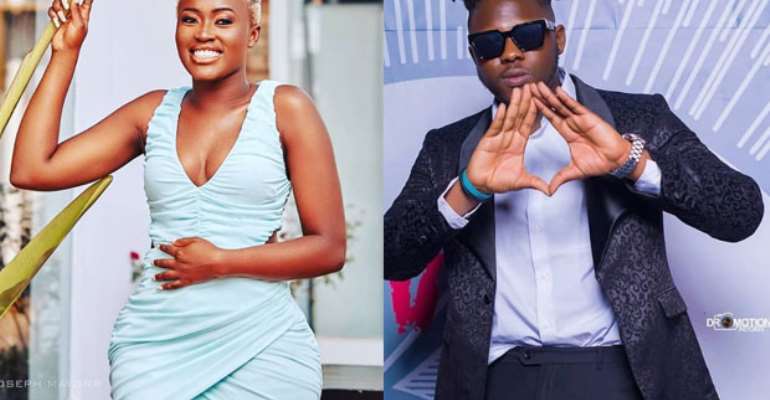 Rapper Medikal and his actress girlfriend Fella Makafui are back into the social media trends over claims that they have broken up, something critics say is a sett up to gain attention.

Rumours about their break-up started late last week when the former 'Yolo' actress reportedly unfollowed Medikal on Instagram and also deleted all his photos from her page.

Medikal released a song titled 'Come Back’ to apologise to Fella over a reason that is yet to be made public.

A subsequent video on social media captured Fella asking Medikal‒ who came to her shop with some friends to further apologise ‒ to leave her shop.

He further took to Instagram on Monday to apologise.

“Hey, @fellamakafui_ since you haven't blocked me on Twitter, I know you will definitely see this! Listen, I love you, I want us to start a family together! People make mistakes! Nobody be perfect. Will prove to you and the whole world I will be a better man for you and our kids,” he wrote.

After hinting on a break-up between himself and the actress on Friday, the rapper has continually tried to apologise to his woman.

Meanwhile, a lot of people are sceptical about the break-up drama. Some people believe it is a publicity stunt. Some are also alleging that Medikal have gone back to his ex-girlfriend, Deborah Vanessa.

But Medikal responded to some of the claims on Twitter saying, “And yall stop fuelling this whole thing! I was never on the same set with my ex. It's a location for a shoot that many people have used! It's an upcoming project by @KhalifinaM ft myself.”

Fella, who was also on live broadcast on Instagram on Sunday evening, described the break-up claims as “no joke” to clear the air on rumours that it is a publicity stunt.

Meanwhile, amidst the drama, Deborah Vanessa and budding songstress Khalifina have announced a new song titled 'Amanfuor Boys', a track which some have described as a shade to Fella Makafui.