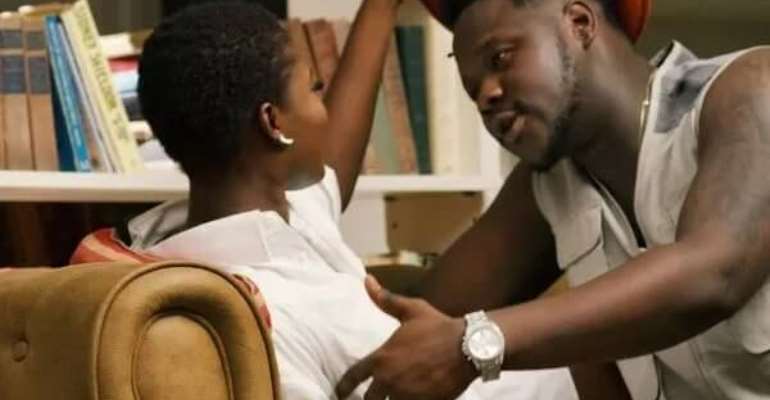 Medikal is really going through a lot after Fella Makafui broke up with him. However, Fella Makafui yesterday addressed her fans on what caused the breakup but gave little information about the issue. She added that she wants to focus on her businesses for now.

Hey @fellamakafui_ since you haven’t blocked me on Twitter I know you will definitely see this! Listen,I love you, I want us to start a family together! People make mistakes! Nobody is perfect. Will prove to you and the whole world I will be a better man for you and our kids ❤️

After pleading with Fella Makafui, Medikal further addressed the rumor of people saying he has something to do with his ex sister derby after a picture of the two being on a similar set went viral.

He tweeted again, And yall stop fuelling this whole thing! I was never on the same set with my ex, it’s a location for a shoot that many people have used! It’s an upcoming project by @KhalifinaM ft my self