Prince Harry And Meghan Looks Up To Royal Roles 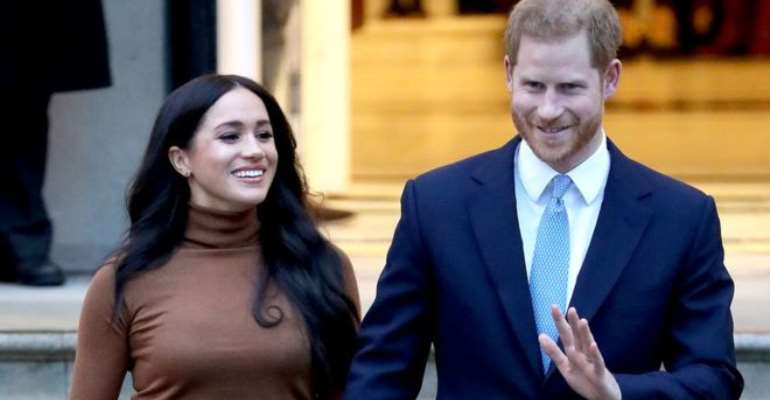 The Duke and Duchess of Sussex are keenly looking up to the future with the hope of taking up some royal roles.

Meetings are said to be “progressing well”, with the UK and Canadian governments consulted.

The couple have said they plan to step back as senior royals and split their time between the UK and North America.

Meghan has returned to Canada to join her son Archie amid the ongoing talks.

The family spent Christmas there, before returning to the UK on Tuesday after a six-week break from royal duties.

The Queen, the Prince of Wales and the Duke of Cambridge have asked senior staff to work with the Sussex household and government to find a solution within days, according to BBC royal correspondent Nicholas Witchell.

Speaking about the duke and duchess, a source told PA news agency: “They, like everyone, are hopeful this can all be worked out, sooner rather than later.

“It is in everyone’s interest for this to be figured out, and figured out quickly, but not at the expense of the outcome.”

Pictures were posted showing the couple during a private visit on Tuesday to a community kitchen in north Kensington, west London, which cooked meals for families displaced by the Grenfell Tower fire and contributed to a recipe book backed by Meghan.

In their statement on Wednesday, the duke and duchess also said they would be adopting a “revised media approach”, engaging with “grassroots media organisations” and using their Instagram account, which has more than 10 million followers, to “personally share moments in their lives directly with members of the public”.

The Royal Family was said to be “hurt” at the couple’s announcement about their plans to step back as senior royals.

Palace sources have told BBC royal correspondent Jonny Dymond that Prince Harry and Meghan did not consult any other royal about making their personal statement.

There had been talks within the Royal Family about the Sussexes’ future – but they were at an early stage, he said.

In their announcement on Wednesday evening, Prince Harry and Meghan revealed they intend “to step back as ‘senior’ members of the Royal Family, and work to become financially independent”.

They plan to split their time between the UK and North America, while “continuing to honour our duty to the Queen, the Commonwealth, and our patronages”.

The decision came “after many months of reflection and internal discussions”, they added.

Despite the couple’s decision, Harry will remain sixth in line to the throne.

Former royal press secretary Dickie Arbiter said attempting to be “half in and half out” of the Royal Family had been tried before 30 years ago by the Earl and Countess of Wessex and “it didn’t work”.

The pair both experienced difficulties pursuing careers in the private sector and are now full-time “working royals”.

“You’re either a royal or you’re not a royal – you can’t have one leg in one camp and another leg in another camp,” Mr Arbiter said, adding that Prince Harry had a number of senior roles which could not be done in a “half-hearted way”.

US President Donald Trump told Fox News he thought the announcement from Harry and Meghan was “sad”.

He said: “I don’t want to get into the whole thing, I just have such respect for the Queen, it shouldn’t be happening to her.”

After returning to the UK after their six-week break in Canada on Tuesday, Harry, 35, and Meghan, 38, visited Canada’s High Commission in London to thank the country for hosting them and said the warmth and hospitality they had received was “unbelievable”.

Former actress Meghan, who is American, lived and worked in Toronto during her time starring in the popular US drama Suits, and she has several Canadian friends.

The pair were already preparing to launch their own Sussex Royal charity, which they set up after splitting from the Duke and Duchess of Cambridge’s foundation in June last year.

It was revealed in December the couple had made an application to trademark their Sussex Royal brand across a string of items including books, calendars, clothing, charitable fundraising, education and social care services.