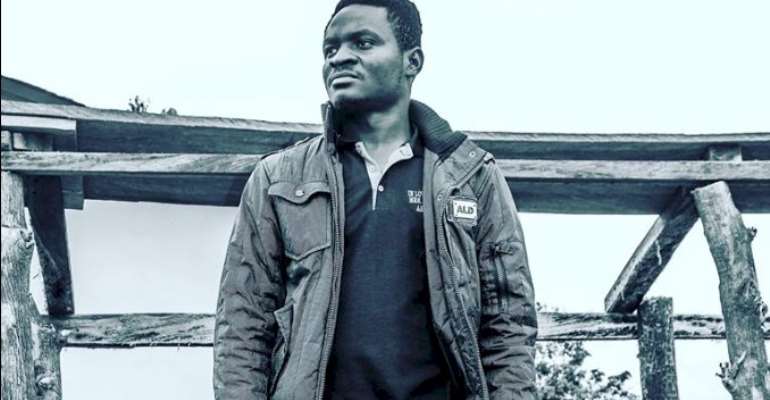 Local Movie Director, Francis Dzogbetsi much known as 'Your Majesty' has controversially revealed how the fall of the local movie industry has helped to rediscover his fate.

According to the director and producer, the wind-up of the local movie industry commonly known as Kumawood has aided to realise his true potential as a marketer and manager of a bread company.

He revealed on his Facebook handle on Wednesday morning that the works he carried out as a director were a stepping-stone to such a moment where he is exploring and making money.

“The end of Kumawood has indeed helped to discover what I am truly capable of. Movie production and directing was a stepping-stone. Although I still have plans for the industry, yet bread management is now my job. It has turned my life around. Grateful to Bandex Bread. Grateful to Kumawood killers. The best is yet to come 2020. Bred and movie making,” he wrote.

The local movie industry took a different turn some years back and stakeholders could not meet the technological challenges employed. The migration of the CD’s unto online trade frustrated the expectations of executive producers and marketers resulting in trade due to demonstrable businesses.

It has taken a leap of fate for fewer investors to endure the antics of the movie scene.

The fall has brought about a mass lay off within the industry with many actors, producers, directors and marketers welcoming different trades whiles the fittest stay in tune with the online commerce.

Nebu Ur’ Majesty known by many through the movie, “Ali” and his strong connection with Bandex was employed to accomplish his potential by managing the company, which deals in fresh and satisfying bread.

In a chat with Soireenews, the former director was asked if he has given up his movie role. He discarded the idea and spoke that the former Kumawood provided nothing concrete in his pocket but the soon to be invented industry will offer more for movie makers only if they give the best.

“The former industry was a stepping stone," he said.

"Although I am managing bread today yet that gives me more room to learn more techniques about movie making in order to employ them in the soon to come production I am about to start,” he added.

“The trend of the industry today is about hardwork and training. You can’t hire a camera and sound and start shooting. Your wife and children will watch it at this time of civilization. That is why majority of producers cannot compete.

"Kumawood has not fallen, it is the ideas that fell therefore one has to tune himself to fit the current measure of film making. That is what this office is providing me to do,” he stressed.

The funny part of his post is that, he cherished some so called “Kumawood Killers” and wished for the best in the New Year. When asked who the ‘Kumawood killers were, the Director said, “They know themselves".

“With selfish intents, they killed the industry and brought the admiration people had in disrepute. Where are they now? They have abandoned it for music, television, farming, herbals and other trade.

"When you speak to them about movie, they do not intend to join again because they had no idea in the first place. They killed what they had no clue of,” he added.

Nebu Ur’ Majesty promised that he will work on a project greatly admired not by Ghanaians only, but the world in the New Year.