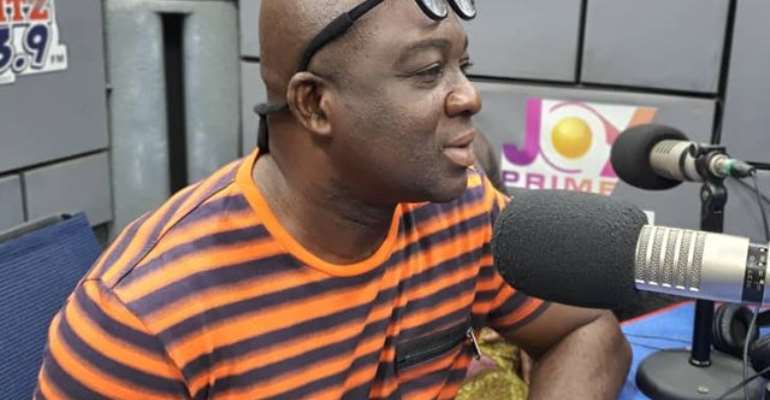 Ghana Music Rights Organisation’s (GHAMRO) National Coordinator, Yaw Osbourne, says the curses invoked on its leadership by a female artiste are useless and can never have any effect on them.

According to him, the individuals at GHAMRO whom the curse was directed at don’t disburse royalties but a system is in place to handle the disbursement.

“There is no human being there distributing the money either physically or even writing cheques. So the system is fed with the information,” he said on Daybreak Hitz on Hitz FM, Thursday.

Singer Ama Rasta cursed the organisation, on Wednesday, for failing to pay her royalties after several months of visiting their office.

She was spotted with a bottle of dry gin and some eggs in hand while cursing the Ghana Music Rights Organization.

Ama Rasta received ¢290 as royalties on Thursday after invoking curses on GHAMRO.

Reacting to the singer’s act, National Coordinator for the organisation said that the curses invoked by the musician will have no effect.

“Who was it intended to affect? Who was she cursing? It is the most useless of curses,” Yaw Osbourne added.

The GHAMRO executive noted that the system sometimes encounters technical challenges leading to delays in disbursements.

“With technology, it can fail. Actually she is not even the only person whose money did not go. There were individuals whose monies didn’t go,” he disclosed.

He added that GHAMRO is seeking to make the necessary changes to get their systems running and monies delivered.

Yaw Osbourne claimed that Ama Rasta’s actions were influenced by musician Akosua Adjepong who is fighting the organisation in court over royalties.