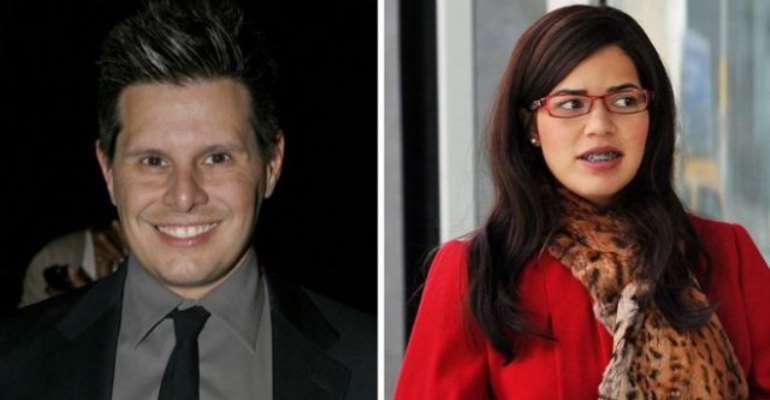 The creator of the hit US TV sitcom Ugly Betty, Silvio Horta, has died aged 45, his representative confirmed.

The show's star America Ferrera said she was "stunned and heartbroken" after the TV writer and executive producer was found dead on Tuesday in Miami.

Ugly Betty ran for four seasons from 2006 to 2010 and was adapted from the Colombian show Yo soy Betty, la fea.

Ferrera posted a picture of the two of them together on Instagram, describing the news as "devastating".

"His talent and creativity brought me and so many others such joy and light," wrote Ferrera, who starred as Betty Suarez - an untrendy and naive Mexican-American journalist who takes a job at a high-end New York fashion magazine.

The role won the 35-year a Golden Globe and an Emmy Award.

"I'm thinking of his family and loved ones who must be in so much pain right now - and of the whole Ugly Betty family who feel this loss so deeply."

Horta's representative confirmed he had died but refused to comment on the nature of his death. 'The American dream'

Cuban-American Horta was born in Miami and studied film at New York University, before getting his big break in 1998, writing the screenplay for the horror-thriller Urban Legend.

He came up with two sci-fi TV shows, Jake 2.0 and The Chronicle, before Ugly Betty - which won him the Golden Globe for best comedy series in 2007.

At the time he stated: "Like most of us up here, Betty is an immigrant and The American Dream is alive and well and in reach of anybody who wants it."

Vanessa Williams, who played model-turned-modelling company boss Wilhelmina Slater added she was "still in shock after hearing the tragic news".

Michael Urie played Slater's assistant Marc St. James on the programme and he recalled how Horta "gave me a huge break".

"I hear from LGBTQ people all the time that the show helped them," he added. "Me too. He and that show will always be with me."

Fellow actor Chris Gorham, who appeared in several of Horta's productions, said he would be "forever grateful for his creativity, his enormous heart, and his friendship".