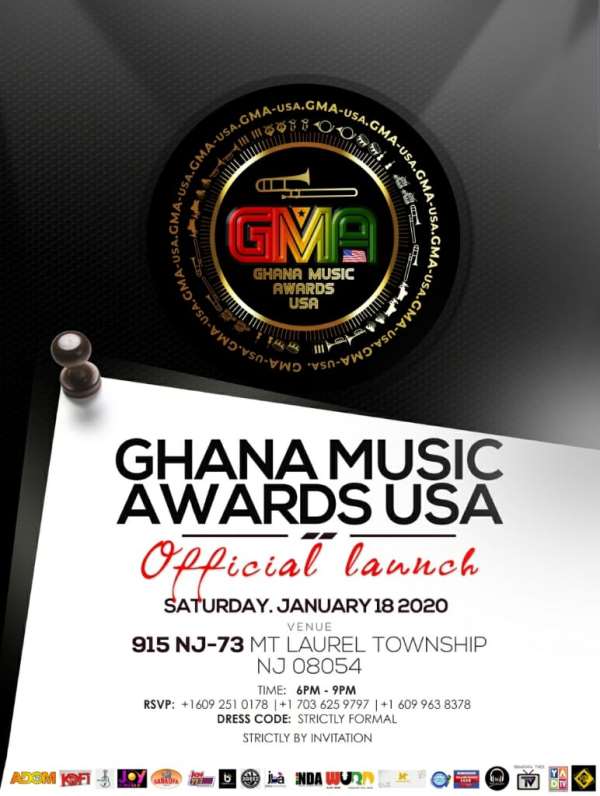 Information reaching this reporter indicates that, the organisers of GMA–USA, Don’s Music Production, 2 Geez Entertainment and Highlife Media USA will be announcing three top Ghanaian entertainment industry players as board members on 18th January which happens to be the launching day of the event.

The names of the personalities to be unveiled according to our close sources include a former TV3 mentor judge who is also the Chief Executive Officer of Slip Entertainment Mark Okraku Mantey, Music producer Kwesi Ernest and Zylofon Media Communications head Samuel Baah popularly known as Sammy Flex.

Their roles according to our sources will be to oversee the activities of the maiden edition of the awards scheme.

The three seasoned entertainment practitioners are expected to bring their expertise to bear on the awards.

The official launch of the maiden edition of the Ghana Music Awards USA is slated for Saturday, January 18, 2020 at 915 NJ–73 MT Laurel Township, New Jersey in the United States of America.

The launch will attract industry players, representatives of government, Sponsors, VIP’s from the Ghanaian and United States of America entertainment scene and a cross section of international entertainment media personalities.