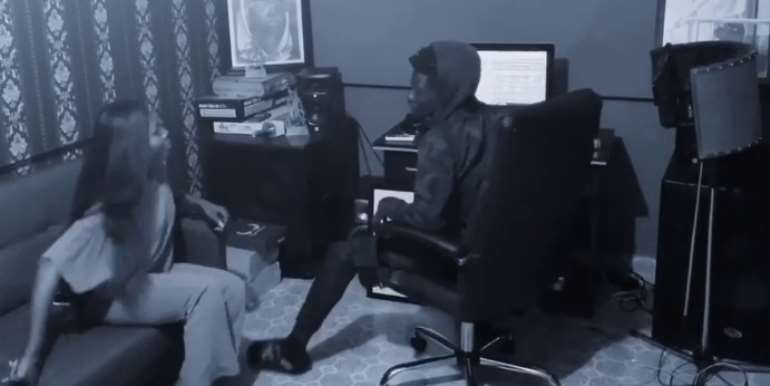 A video spotted online reveals musician Kuami Eugene, and female rapper Freda Rhymes in the studio doing something they are known for.

Kuami Eugene is not only a singer, but also a music producer and a beat maker as well.

Freda Rhymes and Kuami Eugene were seen in the video sharing ideas and getting things heated up musically.

In the video, Kuami Eugene was behind his computer playing some beats and shouting, “this song no be easy oo.”

This clearly shows the two are preparing to give Ghanaians some big hit.