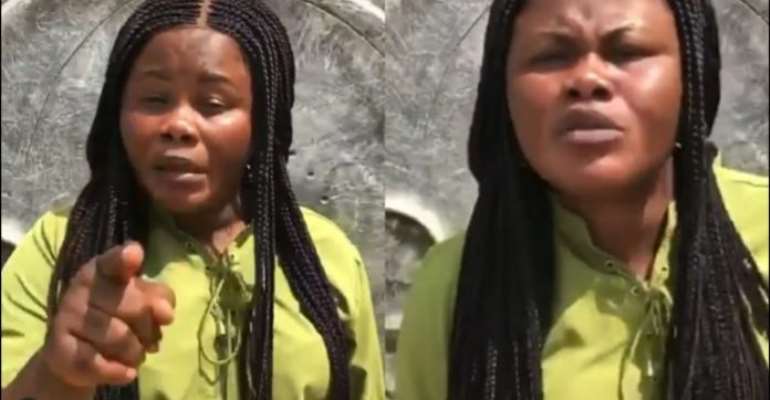 Just few days ago, Anita Afriyie was in the news for allegedly saying that most Ghanaians living abroad are homeless and broke in an interview with Zionfelix on the uncut show.

According to earlier reports, Anita Afriyie stated that those most people who live abroad come to Ghana to boast and pretend like they have it all when they don’t have a single dime to their name.

Responding to these reports, Anita Afriyie stated emphatically that she was wrongly quoted of saying things she didn’t say.

In a recent video sighted by GhBase.com, Anita Afriyie hurled insults at Pulse GH, a popular blogging site for claiming that she said those living abroad are homeless and broke.

Anita further added that, she will not tolerate any fake reports from any blogging site in the year 2020 and beyond.