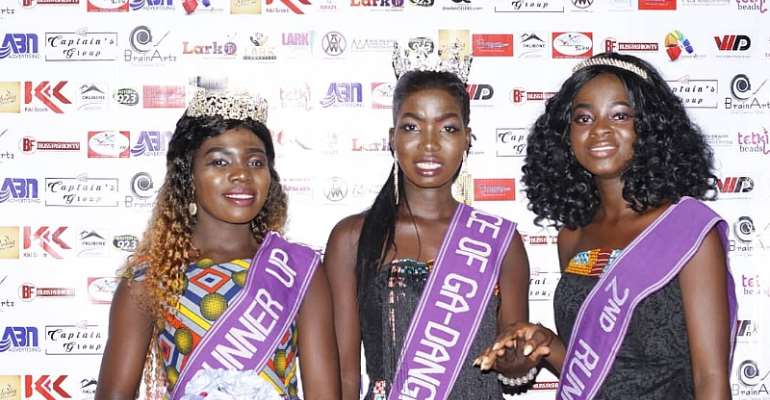 The grand finale of Lark Empire’s Face of Ga-Dangme Beauty Pageant was officially held on Saturday, December 28, 2019 at the Royal Sikafotuo Hotel in Dodowa.

Many people trooped to the Royal Sikafotuo Hotel to witness the unique beauty pageant which was highly competitive.

The six final contestants from Teshie, Ada, Prampram, Shai, Manya Klo and Yilo Klo battled with one another all the way to the end. 25- year-old student and reporter, Josephine Naa Amerley Amarh from Teshie won the enviable crown with an outstanding performance.

The event was also spiced up with mind-blowing performances from artistes like Bra Jay and the amazing poet, Kwaku Ampah.

A representative from the noble office of the Shai Osudoku MP, Hon. Linda Akweley Ocloo, was also present to witness the event.