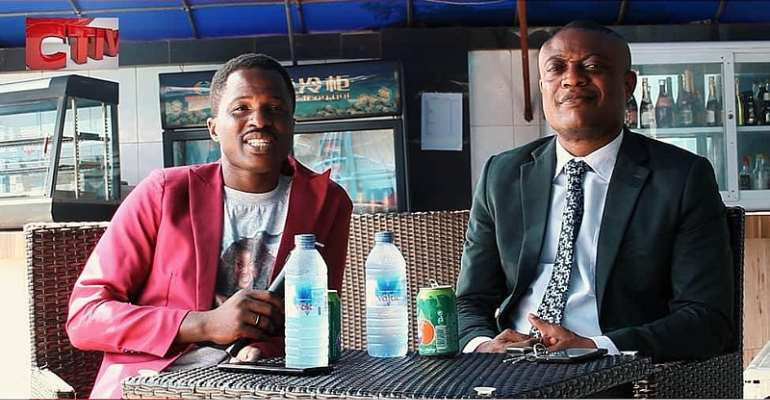 Ghanaian celebrity Lawyer Maurice Ampaw says his father who was a minister of state neglected him when he was 2years.

The lawyer was narrating how his life has been full of struggles and pains after his father neglected him.

Speaking in an interview with this reporter, about his life and career, he revealed that he never had fatherly love and could not inherit anything from his father but managed to survive.

According to Maurice Ampaw, he saw his father who was an ex-minister married to more than one woman only four times before he passed away in abroad.

He added that at a point he wanted to be a pastor because of what he went through with his mother but had a change of mind when he grew up and was told his father was an ex-minister and a lawyer.

Giving a gist about his struggling days, he recounted how he had to sell ice cream and serve as a house boy for 10 years in order to support his mum in taking care of him.

"When I remember the pains and struggles I went through, I get angry when I see the rich and politicians taking advantage of the poor”, Lawyer Maurice Ampaw told celebrity journalist Attractive Mustapha.

Don't succumb to pressure to support LGBTQI agenda – GMM to ...
36 minutes ago