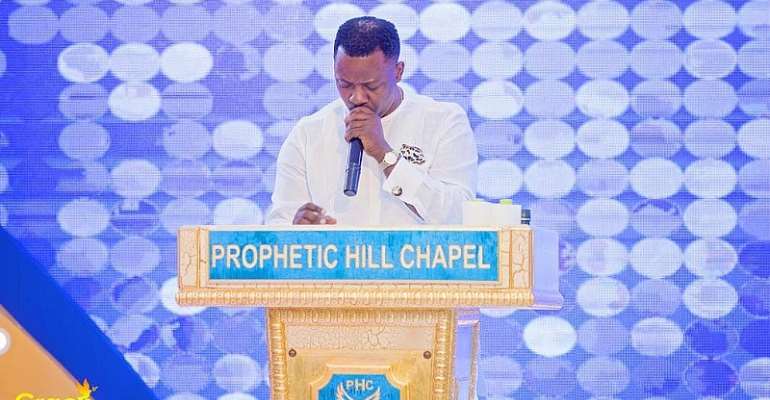 Founder and leader of Prophetic Hill Chapel, Prophet Nigel Gaisie has revealed in a video captured by this portal that Ghanaian actor Chris Attoh will be shot to death in the same way his late wife Bettie Jenifer was killed.

Prophet Nigel Gaisie who is known to have made several prophecies said during his 31st Watch night service that Ghanaians should pray for the actor because some people are planning to take his life the same way his late wife was killed.

"The Lord said we should pray for one Ghanaian actor who has had international exposure. I saw that he has been shot. He is a Ghanaian actor and the Lord said the way they shot his wife; they are planning to kill him too, " he revealed.

He appealed to Ghanaians to pray for Chris Attoh for God to redeem him.

"Don't joke with my prophecy because the spirit of the Lord is upon me. May he hear and work on it, " he emphasised.