This Is How Much Cardi B Spent At Kempinski Hotel 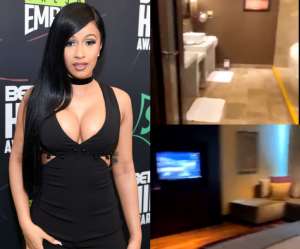 Cardi B’s hotel bills has been made public by sports journalist Saddick Adams.

According to him, the American rapper was charged a whopping $12,000 per night which is equivalent to ¢68,000 per current dollar rate.

Saddick posted on twitter: ‘Just learning from a report in the Washington Post that at the Kempiski Hotel, Cardi B checked into a suite that costs $12,000 (£9,000) a night.