Why Strongman Deserves To Be Named Rapper Of The Year 2019 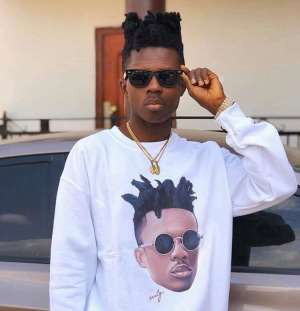 As the end of the year approaches, Artistes will be rewarded for their hard work under the year review, be it from Award schemes or a citation from music lovers.

Narrowing it down to Gh Hip-hop/ Rap, as usual, many rappers (Including the established and up and coming) did their best to keep the culture alive in 2019, but this is why Strongman stands tall among them.

Strongman was widely tipped to become one of the best rappers in Ghana because of his requisite nous to churn out good songs with Lyricism and witticism.

In a year where the country was busily dancing with afro-beats, Strongman stuck to his guns and found a way to make the tiny voice of rap heard.

The young rapper has about nine rap songs so far this year, which is fairly more than what other contenders have produced.

The highlights of the year 2019 was Strongman's beef with Medikal, the former Sarkcess Music signee gobsmacked the whole nation by smearing the reputation of MDK to the mire.

If the most talked about rapper of the year is Strongman, then he deserves to carry every plaque, anything less than that will be a daylight robbery and a travesty of justice.

Museveni apologises over son's Twitter rant on Kenya
39 minutes ago

Paramount Chief of Bunkpurugu commends Bawumia for his good ...
48 minutes ago