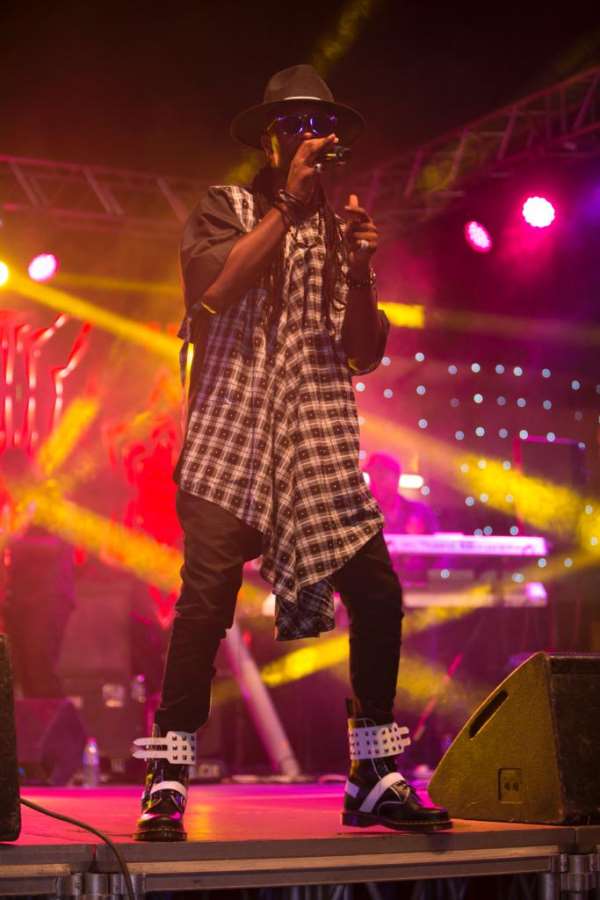 Celebrated Ghanaian Highlife legend Kwaisey Pee known in real life as Akwasi Opoku Addae registered his name in the books of massive events organized in December when he recorded a prodigious attendance during his ‘Kwaisey Pee and friends’ concert at Gold Coast last Tuesday, 24th December.

Patrons at the December eve musical concert were served with soothing live band music from the High School band and artistes like Sefa, YaaYaa, Feli Nuna, Nana Boroo and others who were billed to perform.

The Master of Ceremony, Actress Nana Ama McBrown opened the event with a chic performance by singing well known songs which changed the atmosphere and paved way for the artistes to perform.

The night was filled with keenness and fun where patrons experienced an atmosphere of affection due to songs performed.

The event witnessed a huge audience from all walks of life especially the corporate world and High profiled personalities who came to support the legend, had the opportunity to cool off after months of hard work in the year.

The man of the day Kwaisey Pee, as usual gave an excellent performance making audience yearn for more. He performed most of his hit songs like: ‘Krokro me’, ‘mehia odo’ , Mabre, Emirika bone, monto and many others which include his late dad, Legendary Agyaaku’s songs