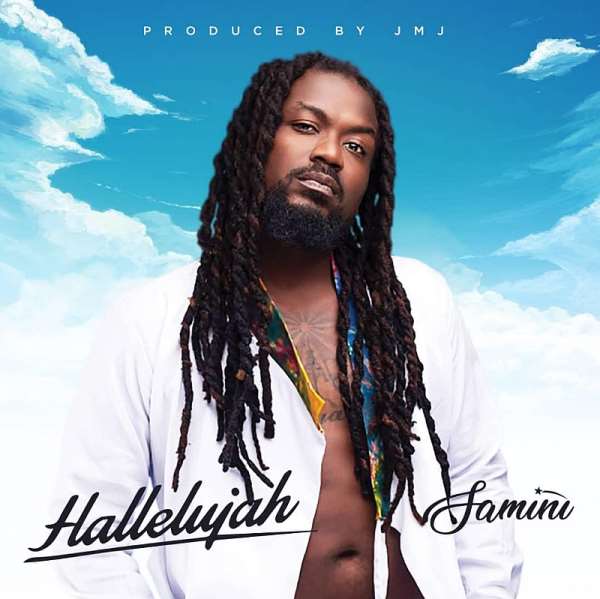 One would have thought that after the release of the song “Celebration” by Samini featuring Shatta Wale which is literally called the official celebration song for this holiday season, that would have been the end since 2019 is almost over but the high-grade family lead act Samini has other plans for his fans.

The young legend is set to put out another banger for his fans and as expected it will shut down the music circles and end the year 2019 on a higher note.

Samini’s new jam titled: “Hallelujah” is produced by music producer JMJ who just had a successful project - “RIDDIM OF THE GODS”.

When I heard the yet to be released song by Samini, I quickly hit up the producer to find out what he had to say and when exactly the song will be out.

JMJ in a conversation with MuseAfrica said that one, night himself and Samini happened to be in a good space in the studio and they caught a good vibe.

“Nanayaw18, I don’t really know how this magic happens but Samini and I anytime we are in a good space and we catch vibe magic always happens”- JMJ told me on the phone.

He continued by saying: “I am sure fans of high-grade family and extra-large music knows very well the music chemistry between myself and Samini”. This will not be the first time we put out a hit jam, so I am excited about this song- JMJ contended.

In the midst of so many things happening at the same this holiday season, we have not had a major holiday song, aside ‘Celebration’ by Samini Ft Shatta Wale but I can tell you for sure that this new Samini song “hallelujah” is the end of year and beyond jam, you have been waiting for.

Samini’s new jam produced by JMJ will be out on Saturday, 28th December 2019 on all platforms.

To my High graders, I am sure you know the pass mark is always a high one for the Untamed legend.

Samini in 2019 has had a wonderful music year, one that is enviable by a lot of industry people and on Saturday he will prove why after two decades of music he is still the reigning champion in this music industry.

"Hallelujah" by Samini speaks about everything you need to hear as a music fan and the production qualifies the good lyrics in a special way.

Big up Samini and JMJ for such a huge song for music lovers and I can’t wait for fans to listen to it on Saturday.

Maybe its time you start the count down.