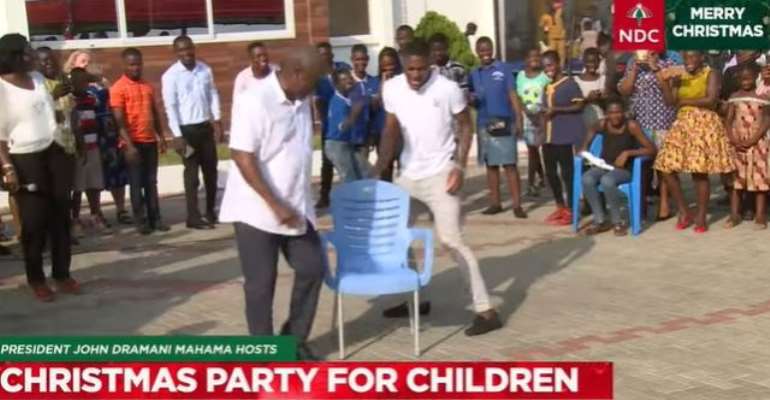 The friendly game was part of celebrations at a Christmas party held for children and hosted by the former President himself.

Mr Mahama and his son, Sharaf Mahama were the last two left ‘standing,’ when the music went off, the elder of the two Mahamas had the upper hand, sitting comfortably as onlookers applauded the son’s submission to his father.

In a Facebook post earlier, Mr. Mahama thanked his supporters for their “ support and prayers during the year.” Happy “Holidays,” he wrote.