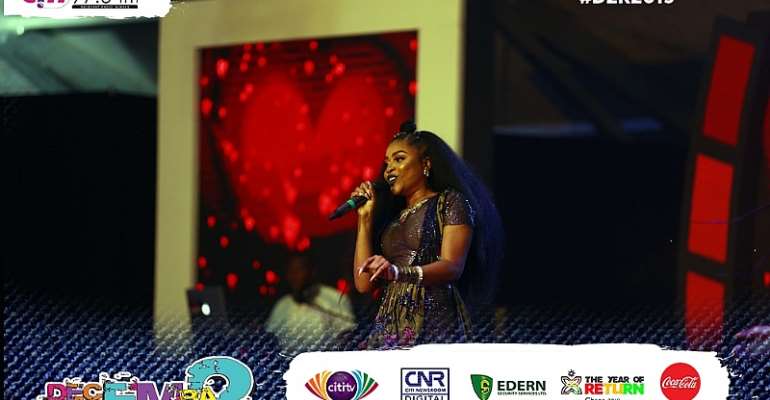 Adina, the only female musician on the bill of Citi FM’s Decemba 2 Rememba concert was in her element during her performance at the show this year.

The ‘Sika’ hitmaker performed songs like ‘Fakye’, ‘Too Late’, ‘Makoma’, ‘Killing Me Softly’, among others.

The ecstatic audience could not help but dance to her bangers.

Comedian OB Amponsah was also on the bill to serve patrons of the event with some comedy.