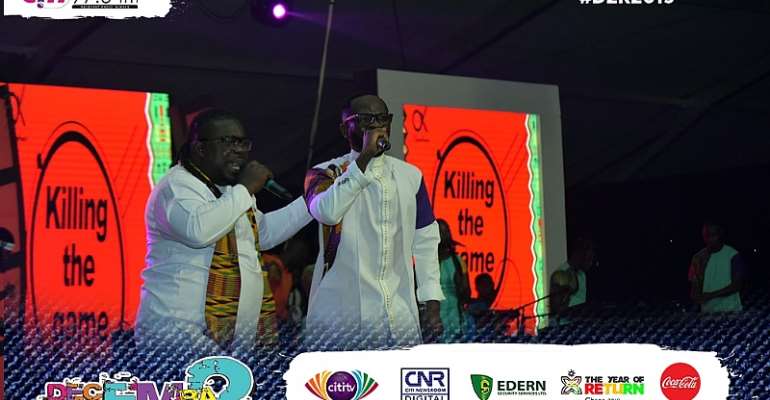 Typical of his quest for perfection, Okyeame Kwame put up an epic performance at the 2019 Decemba 2 Rememba Concert.

Clad in his locally designed outfit, he performed a repertoire of his songs, with the support of the Afro Harmony band.

Okyeame did songs like Woso, Faithful, M’asan Aba, Kokooko and One Gallon.

He also invited on stage the former President of the Musicians Union of Ghana (MUSIGA), Bice ‘Obour’ Osei Kuffour to perform ‘Killing the Game’ with him.

Comedian OB Amponsah was also on the bill to serve patrons of the event with some comedy.