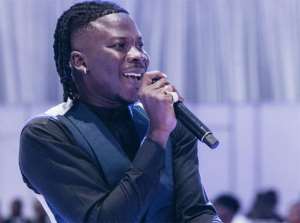 Management of the Laboma Beach Resort is fighting off claims of ownership of portions of its beachfront by Wonda World Properties Limited.

The resort in question is scheduled to host Afro Nation 2019 ‒ an urban music festival slated for December 27 to 30 ‒ which would see some of Africa's biggest artistes performing to a multinational audience.

La Bone Mambii Association (LABOMA) is an association of Labadi youth responsible for the preservation of the Laboma Beach Resort.

The developers are accusing the defendants of encroaching on their portion of the coastal front through the hosting of the Afro Nation 2019.

This development has raised concerns among potential attendees and the general public alike over the fate of arguably Ghana's biggest musical event of the year.

However, the management of Laboma Beach Resort, in statement signed by its Chairman, Daniel Okpoti, on Saturday said some of the reports making the rounds “wrongfully allude ownership of the entire beachfront to Wonda World when the claim in their filing is only a small portion of this important asset.”

“The AfroNation Ghana will be held on lands been owned by the aforementioned families [Nii Okpoti Awele from Nmati family] for decades and will continue to remain so,” it further disclosed.

Management of the facility said the event would come off as planned, describing the plaintiff's [Wonda World Properties Limited] move as “deplorable and shameful”.

“Any attempt to undermine such an important international event, which has been recognized by President's brilliant and hugely successful 'Year of Return' initiative is deplorable and shameful,” the statement read.

It also revealed that lawyers for the resort would “respond to the court action and deal with the issues in the appropriate forum.”

They encouraged patrons and fans of Afro Nation 2019 to continue preparations towards making the upcoming event one to remember.

“We therefore unequivocally reassure all stakeholders, including tickets holders, organizers, and groups attending the #AfroNationGhana that the event has our complete backing and support,” the statement added.

The defendants, however, have seven days to respond to the writ or risk judgment in their absence without further notice.