Our Creative Arts On A Rollercoaster 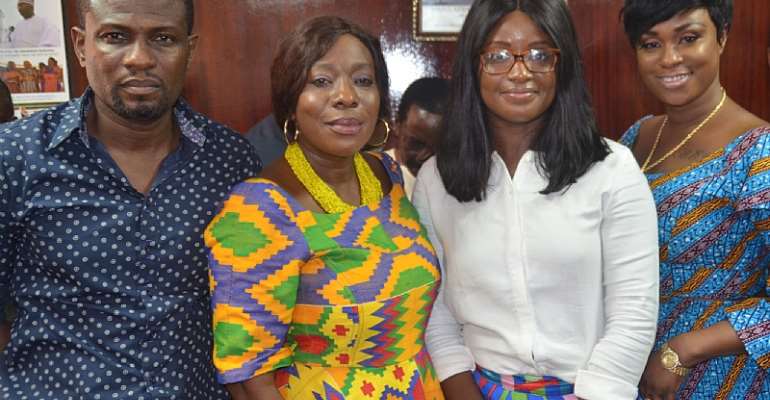 Yesterday we asked some pertinent questions about a trip by our interim Council to Spain and fortunately, we have received all the necessary information needed.

We want to thank all who came to our inbox with the right info and especially those who called. Yes, our account was almost hacked but our I.T guys did a great job.

From day one we have made it clear to the President that replacing the 33 member board with his 3 party foot soldiers was detrimental to our industry but he has also made it abundantly clear to us that he is giving us the deaf ear and blind eye syndrome.

The consequences is that;

1. an interim that was supposed to spend 3months in office is now 3years in office.

2. A bill that was originally drafted to suit a Council which in effect be an independent Authority on its own has now been changed by the 3 interim to an Agency under the government.

The truth is that the 33 member board that the President sacked are the same people who will be needed to get the proper work done so how then does he expect the 3 he appointed to reach out to the same people he sacked.

He has done a great disservice to us and have wasted 3years of our time for nothing because we were almost done with the Council and in fact the 33members were representatives of the domains that comprised the Council, so why this huge setback.

The 3 member Council he setup has done nothing but unnecessary stuff like master classes and following bands to go play outside, is this the mediocre we bargained for? The answer is a big NO but who are we when the President has decided to see no evil and hear no evil about his 3 beloved ones.

As for the industry players I will not make any comment.

A major activity like the inauguration of the NFAboard took place and the supposed interim Council was nowhere to be found. As for the 2 ladies Madam Gyankroma and Madam BB Bright we've not heard or seen them around the Council for a long time so we were not even expecting them but the last man standing Interim President Mark Okraku and his P.A. Hon Frank who have been managing the office were expected and that's what necessitated our quest to search for their whereabouts only to realise they were not just absent but were out of the country for what reasons no one knows.

Like we posited earlier we fortunately know the reasons for their trip but will keep it for now since they will announce it themselves when they return.

All we deserve as stakeholders is some respect since they can't hold office and not respect those they are suppose to supervise.

We will also encourage our entertainment media men and bloggers to help stakeholders by doing their job and finding out the necessary information and putting them out when necessary to omit doubts and speculations from the minds of stakeholders.

As for the bootlickers who know the truth but are quiet about it because they've been promised trips and goodies the least said about them the better.

Let's continue to put the industry first and keep a close eye on the industry and make sure the right and legal things are done for the sake of posterity.

Let's all have a Merry Christmas and a Prosperous New Year and Most of all Enjoy our Holidays both Local and Abroad in a stress-free manner.

Remember the hashtag is always VhiiiiiiM