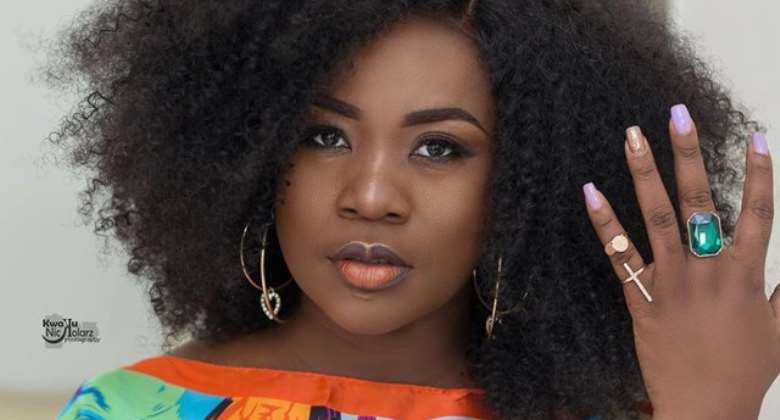 One indeed needs a tough skin to withstand social media attacks if there is the desire to attain celebrity status but that wasn’t entirely the case for actress-turned-musician, Emelia Brobbey. Emelia Brobbey told Andy Dosty on Daybreak Hitz on Hitz FM that she was hurt when some celebrities joined the trolls to make fun of her and her music.

“A couple of them really hit me. I was not expecting DKB to do that and one Heiress Jacinta. I can’t recollect but I was hurt because he has been in the limelight to know. He could’ve done it in many ways but he wasn’t joking this time though he is a comedian,” she said.

The actress said though she felt unfazed about the trolls , she expected DKB to follow the steps of comedian, Teacher Kwadwo, who mocked her in a professional way.

“ I saw something about Teacher Kwadwo, he did it in a comic way and it was nice. If you do it nicely to promote the song, I don’t mind. Indirectly that’s how I took it. I don’t fake. I wouldn’t have mentioned him at all,” she said.

The celebrity, based in Kumasi, subjected herself to social media trolls after she took a short hiatus from her acting career to venture into music with her ‘Fame Ko’ song.

Emelia Brobbey, first, released the audio version on YouTube but failed to arrest enough attention until the visuals placed her number one on trends weeks later.

The negative comments on social media , especially Twitter, overshadowed the compliments that her fans gave her. Some asked her never to touch the microphone again otherwise they will unfollow her.

He said “DKB didn’t try. This is total mockery. Someone has made such an effort and you laugh at them. Check the meaning of joke in the dictionary. He wasn’t joking.”