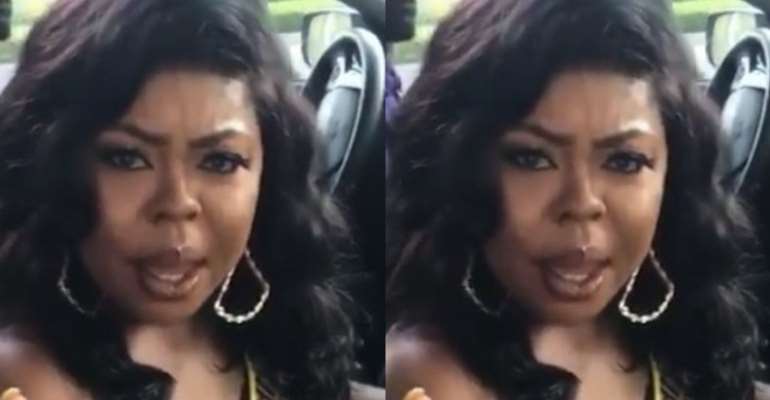 “Who is even sure Afia Schwarzenegger was invited,” she asked when she appeared as a guest on Browngh TV.

According to Lovelyn Azuka, until Afia Schwarzenegger shows her the invitation card she received from the organisers of the meet-and-greet session, she maintains that no one invited her.

She argues that Becca didn’t mention Afia’s name when she asked in an interview the names of Ghanaian celebrities she served them an invitation to have a chit-chat with the American rapper.

“Afia Schwarzenegger should show me the invite because when Becca granted an interview with Hitz FM she said she invited Moesha, Efia Odo and a few others. Are you trying to tell me if she was invited Becca could not have mentioned her name” Lovelyn quizzed.

She added “Becca would have mentioned her name since her name wasn’t on the list… I only heard the two aforementioned and few others.”

The outspoken social media commentator stated, “you are not supposed to come out and hurl insults at Cardi B. Even those Becca mentioned their names didn’t come out to talk rubbish.”

Watch the Video below: