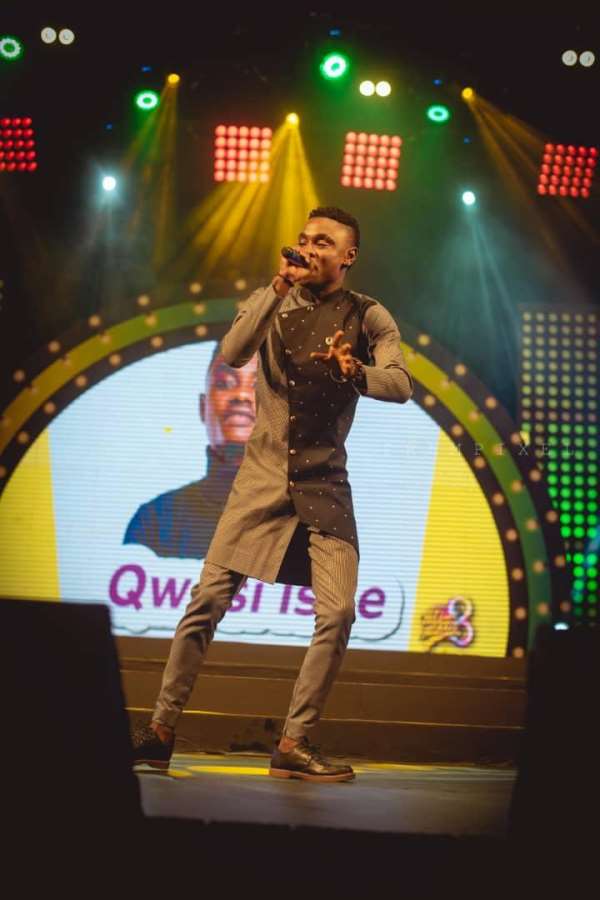 MTN Hitmaker season 8 evictee Qwesi Ishe who was tipped to win this year's competition has disclosed in a recent interview that the judges of the reality show were 'unfair' to him as his eviction was undeserving.

"Eviction in every competition is a painful experience. I have gotten scars from what happened. I knew what I can do and I was expecting that I would get to the finals. Expectations sometimes can lead to disappointments," he told First Lady in an exclusive interview on 'The BrownGH Show'.

Qwesi Ishe opined that the Judges should have considered his previous spectacular performances to keep him in the competition and not base their judgment on the last performance.

"The only one I see as a problem was for the semi-final eviction like this I got hurt because I have done my best throughout the journey and the last day that it didn't really pick for me that was when I was evicted," he intimated.

He also indicated that he was disappointment at himself because he expected much more of himself.

Although Qwesi Ishe was reluctant to admit that the judges were unfair to him, his assertions clearly suggested that the judges should have been fair to him and considered his stellar performances throughout the competition.

Qwesi Ishe also added that all the 4 finalists are talented and deserve their spot.

The four finalists of the MTN Hitmaker season 8, namely; Kofi Pages, Nessa, Lasmid and Alibaba will battle it out on Saturday 14th December 2019 to win the mouth-watering cash prize of ¢120,000.

The final of the popular reality show will be held at Fantasy Dome, Trade Fair La, Accra.