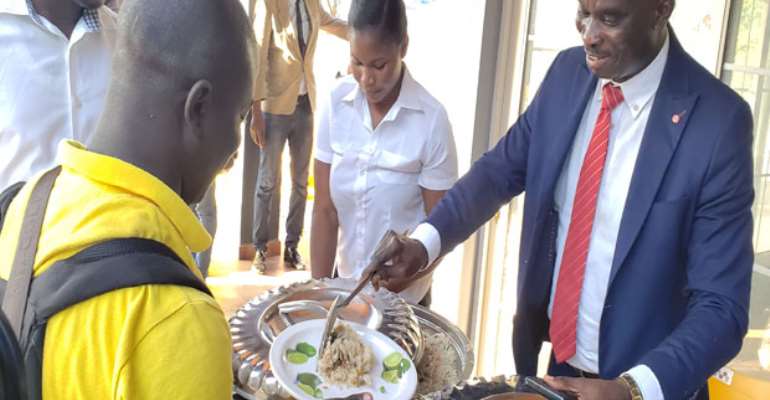 A group of journalists in Kumasi has toured the newly refurbished Rattray Park, the leading recreational centre in Kumasi.

The visit was intended to give them the opportunity to assess the new initiatives being adopted to uplift the standards of the facility.

The Rattray Park, constructed by the Kumasi Metropolitan Assembly (KMA), was deteriorating due to lack of proper maintenance.

To save the facility from total collapse, the present KMA leadership entered into an agreement with a private businessman to help revamp the place.

Isaac Owusu, the businessman, has since implemented new initiatives that have helped to improve the standards of the Rattray Park.

For instance, he has constructed a modern swimming pool, a children's playing ground and other facilities to bring life back to the place.

The plush-looking facility also boasts of a restaurant, a bar, a dome to host programmes such as parties, among other modern amenities.

Mr. Isaac Owusu told journalists that it has always being his desire to create a place where residents of the city could easily visit and have a nice time.

He said the Rattray Park is now the place of choice for relaxation and merrymaking for residents of Kumasi, including the old and the young.