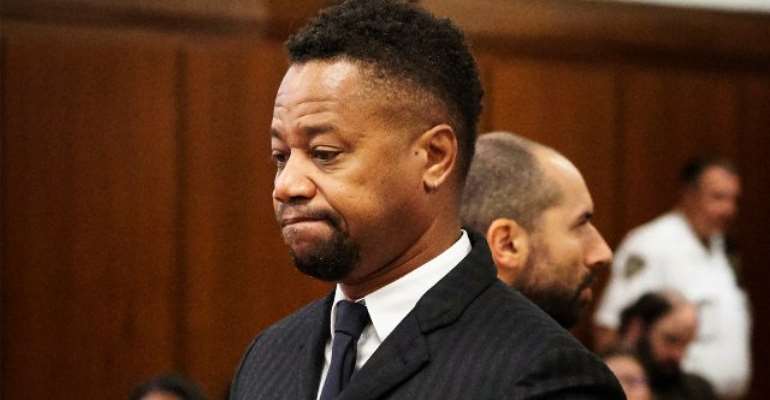 Cuba Gooding Jr. once groped and forcibly kissed a woman while they were attending the Sundance Film Festival, ripping her tights and only stopping when she bit him to escape, Manhattan prosecutors allege in court papers Monday.

She is one of seven new women who have come forward alleging sexual misconduct by the 51-year-old movie star, bringing the number of his accusers to 22.

He has only been charged in three of the accusers’ alleged incidents , although prosecutors hope to introduce the other claims in court to prove a pattern of sexual abuse.

In January 2009, while attending the star-studded festival in Park City, Utah, Gooding allegedly invited a woman to another event, and the pair then went to a concert, the papers state.

When the woman told the actor she was going to leave, he “seemed agitated” and offered to walk her out.

In a back, secluded hallway, he “began to kiss [her] without consent” and when she pushed him away, noting Gooding was married, he “placed his hand on her buttocks,” the papers state.

Then he pushed “his hand forcefully into the crotch area of her tights, placing his fingers on her anus” and ripping her tights, prosecutors say.

The “Jerry Maguire” star only let the woman go when she bit his cheek, “causing him to recoil.”

The allegation is one of a slew against Gooding, dating back to 2003, and spanning six states: New York, California, Georgia, Utah, Texas and New Mexico.

In Atlanta in 2011, he groped a woman and, when she confronted him, said something to the effect of: “I know you want to be an actress; I can ruin you,” the filing states.

At Cafe Havana in Malibu, Calif., in 2016 he told a woman and her friend: “You guys are peeing on me tonight.” In December 2018, at the same bar, he told the same woman: “You’re going to sit on my face, pee in my mouth and pee all over me.”

A dozen women previously came forward about incidents Gooding hasn’t been charged in, including one who said he told her to “Sit on my face, pee in my mouth” at a Los Angeles bar in 2011.

“Defendant’s past behaviour shows that he routinely approaches women while at bars or nightclubs with whom he has had limited or no prior interaction, and touches them inappropriately,” the prosecutors argue in the papers.

Gooding faces six counts of misdemeanour sexual abuse and forcible touching involving three accusers. Prosecutors are asking a judge to allow the additional 19 accusers’ allegations to be considered at trial.

Gooding’s lawyer, Mark Heller, said in a statement Monday that his client “has and does deny all allegations of criminal conduct.”

“Unfortunately, people come out of the woodwork, making false allegations against Cuba, as often times happens when a celebrity is accused by the District Attorney’s Office in a Public Forum,” Heller said.

Gooding is due back in court Jan. 22.