I Came For Business, Money And Not Awards - Shatta Wale 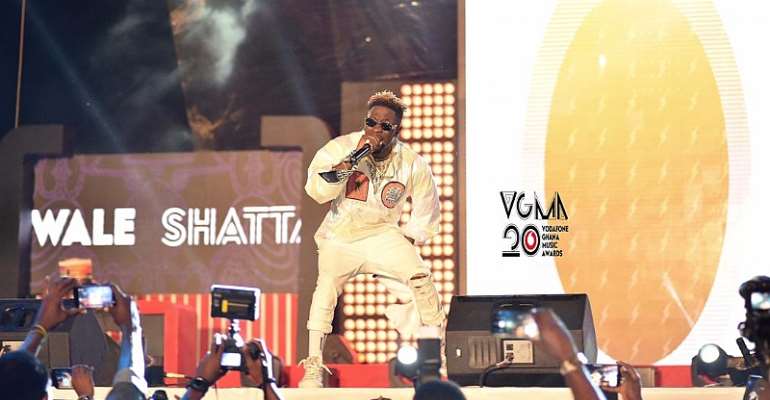 Award-winning dancehall musician Shatta Wale has opened up on ways that help him to make money from show business.

According to the CEO of Shatta Movement Empire, he prefers to focus on making money than receiving awards.

In an interview with Kisa Gbekle on the Business Of Entertainment Show, Shatta Wale expressed interest in making a lot of money from his music talent.

"I'm religious but when it comes to the business side, God knows that when I have to say some hard word in music, I will say it," he disclosed.

He continued, "My society has not gotten that business path that we are on but getting to know me much better will make them understand."

The 'Gringo' hitmaker went on to lament about the irregularities that are hindering the outside world from knowing what Ghanaian musicians are capable of doing.

"In the industry we find ourselves, we don't get certain facilities to explore, so we don't get the outside world to know how good we are," he told Kisa.

Shatta Wale, however, admitted that the music industry is lucrative, as he has made a lot of money making music.

He noted that fellow musicians have to strategize and focus on the business side of the industry to be able to make money like himself and few others are making.

Since the brand Shatta Wale surfaced in 2013, a lot of businesses have thrived using the influence of the dancehall king.

Shirts, shorts, socks and other apparel have been designed and sold using the brand of Shatta Wale.