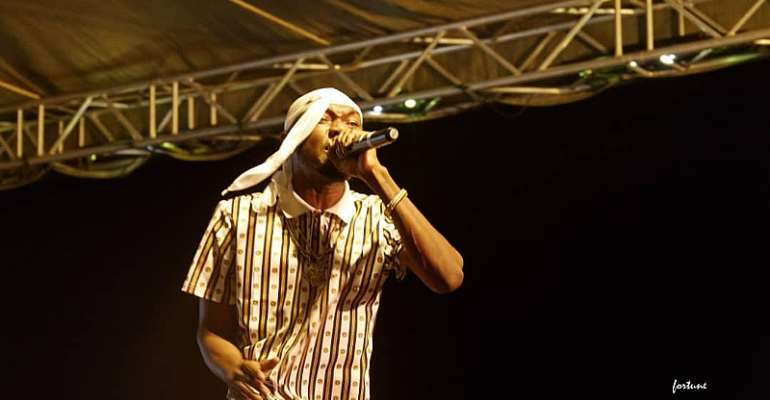 THE NORTHERN badboy, Teflon Flexx last weekend thrilled his people up North, with spectacular performances at both Tamale Girls Senior High School and in Yendi to support Macassio at his event.

The young artiste, born Akaateba Christopher who was honoured the ‘Student Artist of the Year’ at the University for Development Studies, Campus Wa and currently the ‘None GAMA Artiste of the year’ according to the Greater Accra Music Awards, was invited by the student board of the Tamale Girls Senior High School to perform after he left there as an intern.

According to Teflon, “Just like the President declared this year as a year of return, I went back to the School where I was an intern teacher there, to get them entertained with my craft. It was one of the best performances; I appreciate their energy am so much grateful”

Teflon preformed his hit songs, ‘Oluwa’, ‘Eskebelebe’, ‘oreo’ and ‘No Foreplay’ at Tamale Girls Senior High School and later went to Yendi to support one of his brothers in the industry Macassio at his event.

He performed ‘Eskebelebe’, ‘oreo’ and ‘No Foreplay’ to an energetic crowd

Teflon Flexx hails from Upper East and a Bulsa boy. He has released songs like ‘Murder’, ‘Eskebelebe’ which featured Dopenation and ‘Oreo’ which features Macassio and other great tunes.