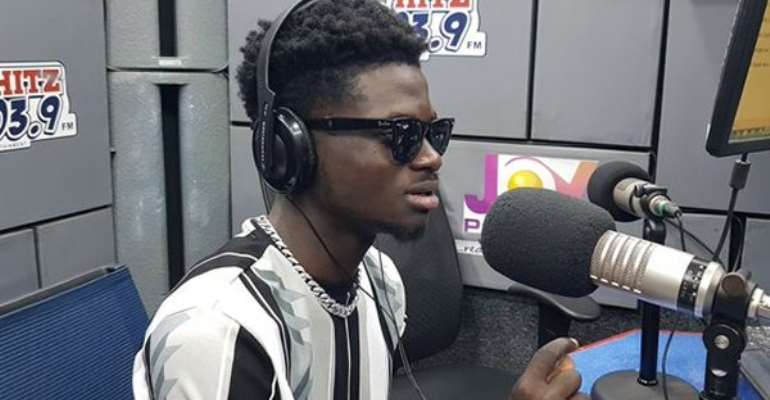 Lynx Entertainment signee, Kuami Eugene, says he simply does not believe in artistes having fan base.

According to him, these fan nation groups usually cause more separation than togetherness.

He said on Daybreak Hitz on Hitz FM, Wednesday, that in the spirit of fan bases, artistes would have only patrons from their fan base attending their programs.

"When King Promise, KiDi, Stonebwoy or Shatta Wale is doing a show, I'll urge every Ghanaian to go. I don't want Shatta movement to come to my show and I won't get BHIM or Sark nation there," he said.

The 'Obiaato' hitmaker told Andy Dosty, host of the show that "I just don't second the notion that we live in this small country with not even 50 million people but there are lots of nations in this small nation."

Kuami Eugene added that during his time in London to support Nigerian artiste, Mayorkun at the O2 Arena, he witnessed nothing like artistes fan base.

He explained that Wizkid fans, Davido fans Burna Boy fans would be seen attending every show regardless of the artiste hosting.

"They see themselves at one people," he added.

Kuami Eugene said he would want every Ghanaian attending his shows and enjoying his music instead of a selected section of the society tagged as his fan base.

Meanwhile, the ‘Angela’ hitmaker is expected to thrill patrons at the Farmers Day edition of the MTN Music Festival.

The December 6 event is expected to take place at the Accra International Conference Center. Tickets are sold at Joy FM and you can dial *713*5*8#.

Other acts expected to perform are Rex Omar, KiDi and Amakye Dede.