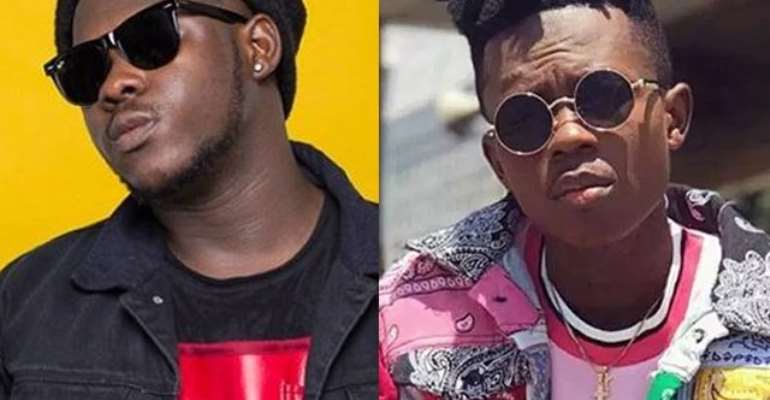 AMG record label signee Medikal has confirmed a collaboration with his past rival Strongman.

The rapper said on Daybreak Hitz on Hitz FM that they have been working on the song for a while.

However, he said Medikal is yet to add his verse to the work.

Rappers Medikal and Strongman were involved in one of the biggest feuds to happen this year.

After Kwesi Arthur released his ‘Thoughts From King Arthur’, Medikal who felt he had been bruised by Arthur's lyrics released a response, ‘To Whom It May Concern’.

This response did not sit well with Strongman who waded into the feud by dropping ‘Don't Try’.

By the end of the feud, the artistes had dropped three songs each, including ‘Immortal’ and ‘Ups and Downs’ by Strongman and ‘Drip’ and ‘Last Burial’ by Medikal.

The two, however, dropped their beef and began supporting each other.

Strongman showed up at Medikal's Welcome to Sowutuom to perform , on November 30, show solidarity and officially squash their beef.

"I and my brother Strongman spoke and he came to the show to support. It's cool because we are entertaining the world," he told Andy Dosty, host of the Show.