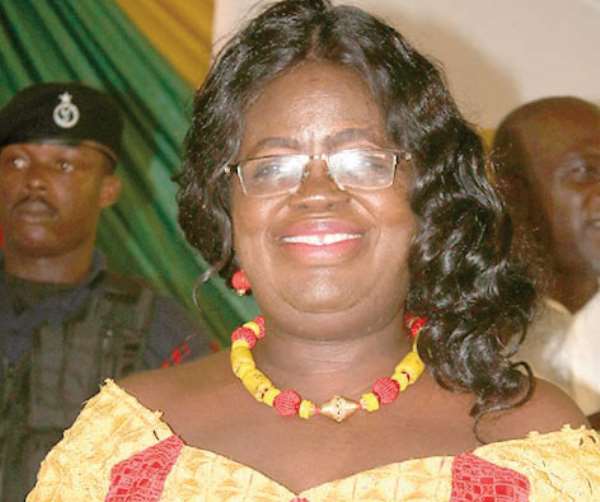 The Deputy Western Regional Minister, Gifty Eugenia Kusi, has bemoaned the fact that the region is one of the areas with high HIV prevalence.

According to her, a 2018 Sentinel Survey Report indicated that 910 persons died of HIV/AIDS related diseases in 2018 out of 21,467 HIV population in the region.

She noted that the 2018 national and sub-national HIV and AIDS estimates and projections also indicated that 1,278 people in the region were newly infected with the deadly HIV.

Speaking at the launch of this year's World AIDS Day in the region, the deputy minister observed that the report put the Western and the Greater Accra as joint leading regions with HIV population.

She noted that the region had intensified strategies to increase HIV testing points at health facilities and communities and to promote safe sex practices.

Ms. Kusi said, “If you test and you are HIV positive, seek early treatment and when this is done, the virus will be suppressed and this will help you live longer.”

Meanwhile, the Sekondi Takoradi Metropolis has been ranked seventh in the top 20 districts in Ghana with the highest HIV population.

A Medical Director at the Effia Nkwanta Regional Hospital, Dr. Joseph Kojo Tambil, disclosed this during the observation of the World AIDS Day in the Western Region.

Dr. Tambil added that the metropolis was with the highest HIV new infections and AIDS deaths, saying “that is something we should not be proud of.”

He, therefore, called for collaborative efforts among government, civil society, and other key actors to create and amplify awareness on the devastating effect of the HIV/AIDS pandemic.