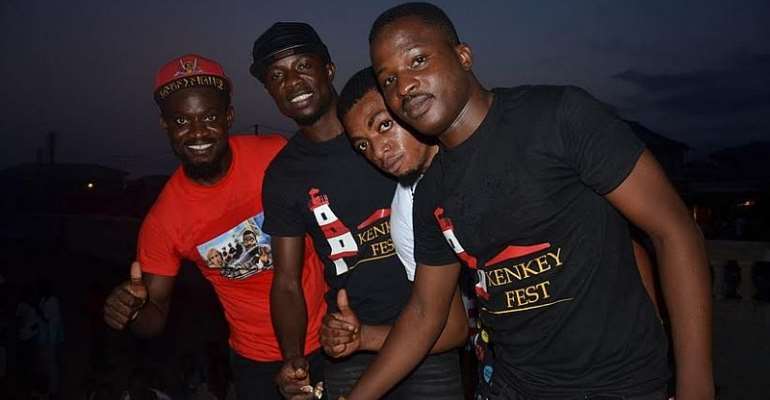 In that same year, the first edition of the festival was successfully launched and held at Mantse Agbona, Jamestown.

Since then, three other editions have successfully taken place over the last three years, with the event getting bigger and patronage increasing each year.

In the last edition held in March 2019, the number of patrons almost doubled from the 2018 edition while some extra activities were added to spice up the festival and make it more exciting. A kenkey league got introduced this year where 32 patrons were selected to engage in an eating competition. The move paid off greatly as it added extra dynamism and excitement to the 2019 Kenkey Fest.

The festival even though is just four years, seems to be getting a lot of positive reviews and massive patronage each year, attracting food lovers from all over Ghana to the suburb of James town where it is held each year.

In the next few years, Kenkey Fest could rise to become one of the most popular and biggest gatherings of people in Ghana if it continues on the path it is on.

The tourism potential of Kenkeyfest is one that cannot be pushed aside, with the huge number of people the event attracts, it has the potential to become a well-renowned festival that could attract foreigners from all parts of the world to boost the tourism of Ghana.