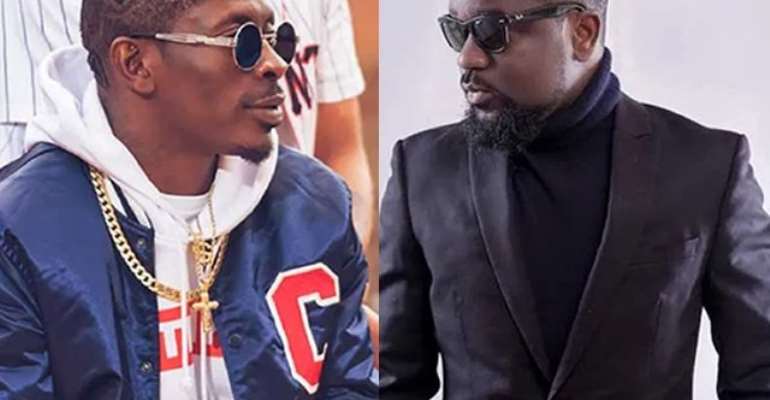 Sarkodie has denied claims he was attacking Shatta Wale in his new track 'Oofeetsɔ'.

Speaking to JoyNews Becky after his performance at the ‘Ashaiman to the World’ concert, he said the song is one that he believes many people can just relate.

He admitted that his relationship with the dancehall artiste is not friendly as it used to be, but he has no hate in his heart for the ‘Bulletproof’ singer.

“I don't know what it is but we definitely have to straighten a few things out,” the ‘Lucky’ singer explained.

The song which features Prince Bright of Buk Bak fame had lyrics many fans had said were direct responses to some of these statements the dancehall artiste has said in his interviews.

Sarkodie in the song addressed his detractors emphasising that he is making it regardless of their attempts to pull him down.

He uses the word “skin pain” to describe the supposed person he is addressing.

However, Sarkodie told Becky that “it's a good song, that’s all.”

Watch the video for ‘Oofeetsɔ’ below: