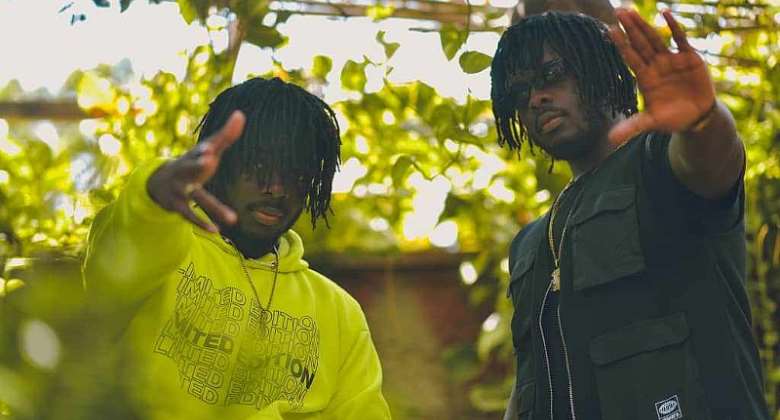 Get ready for fresh music beef which is likely to take over the entertainment industry. KUBILIVE has chanced on an unreleased song by DopeNation which is a jab to Kwesi Arthur.

Even though DopeNation did not mention Kwesi Arthur’s name, the song makes descriptions that clearly point to the ‘Woara’ hitmaker.

KUBILIVE investigations prove that the beef song was borne out of an incident that happened at the SRC Night of Ghana Telecom University.

According to grapevine information, when DopeNation was called to come on stage to perform, they were obstructed by one of Kwesi Arthur’s team members; the microphone was taken from one half of the duo and was given to Kwesi Arthur to perform.

The reason does not sound convincing enough but you know most music beef usually does not erupt out of logical circumstances.

Even though the Lynx team is unwilling to release the song, we managed to get it.

Listen And Enjoy "Chairman" by DopeNation below.