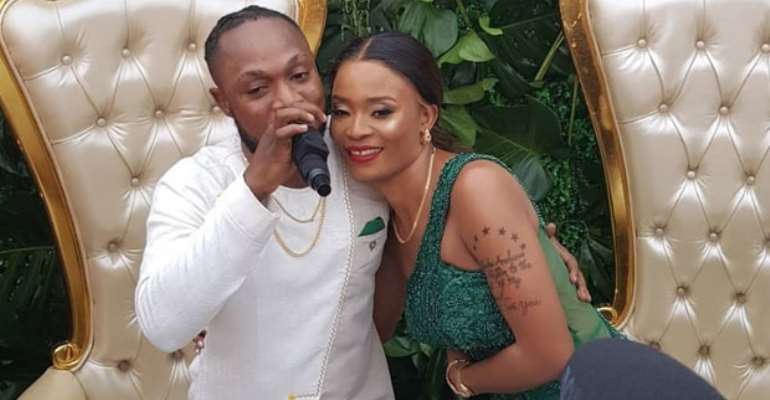 Andrew Cudjoe, a member of music duo Keche, over the weekend tied the knot with his lover, Joana Gyan, who is the CEO of gold dealership firm, Golden Empire Legacy Limited.

The marriage has come eighth months after Joana's firm signed a $500,000 record deal with Keche.

They had a traditional marriage ceremony at Dzorwulu Abease in Accra on Saturday, November 30, 2019.

The ceremony was attended by a number of close friends, family members and some music industry personalities.

Among those in attendance were Joshua Keche, Akwaboah and D'Cryme.

Photos of the couple were widely circulated on social media platforms whilst their followers congratulated them.

In August 2019, it emerged that both Andrew and Joana were seeing each other. This followed an earlier rumour that she (Joana) had dated musician Michael Kesse Frimpong, popularly known as Kesse, in the past.

Kesse confirmed the rumours in an interview with SVTV.

Meanwhile, other rumours are rife that Andrew also has a child with another woman. That, however, is not affecting his love for Joana. They look very much happy together and congratulations to them.