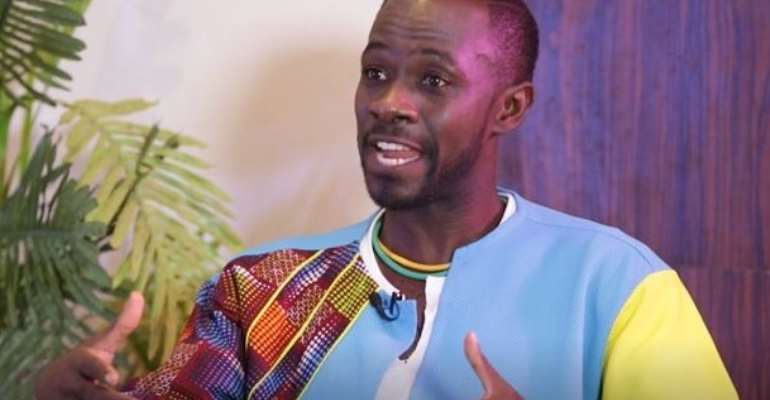 ‘Made in Ghana’ Ambassador, Okyeame Kwame has added his voice to the recent campaign spearheaded by Citi FM and Citi TV to encourge people to patronise rice grown in Ghana.

Okyeame Kwame who has, over the years promoted Made in Ghana products took to his social media handles to support the initiative.

“The Made in Ghana fight is real, it's time to take it to the world. Join the many conscious and Nation loving patriots who are advocating for #BuyMadeInGhanaRice and save Ghana 2billion dollars a year. I'm so happy today.#GhanaRiceDeyBe #MadeinGhana,” he wrote. 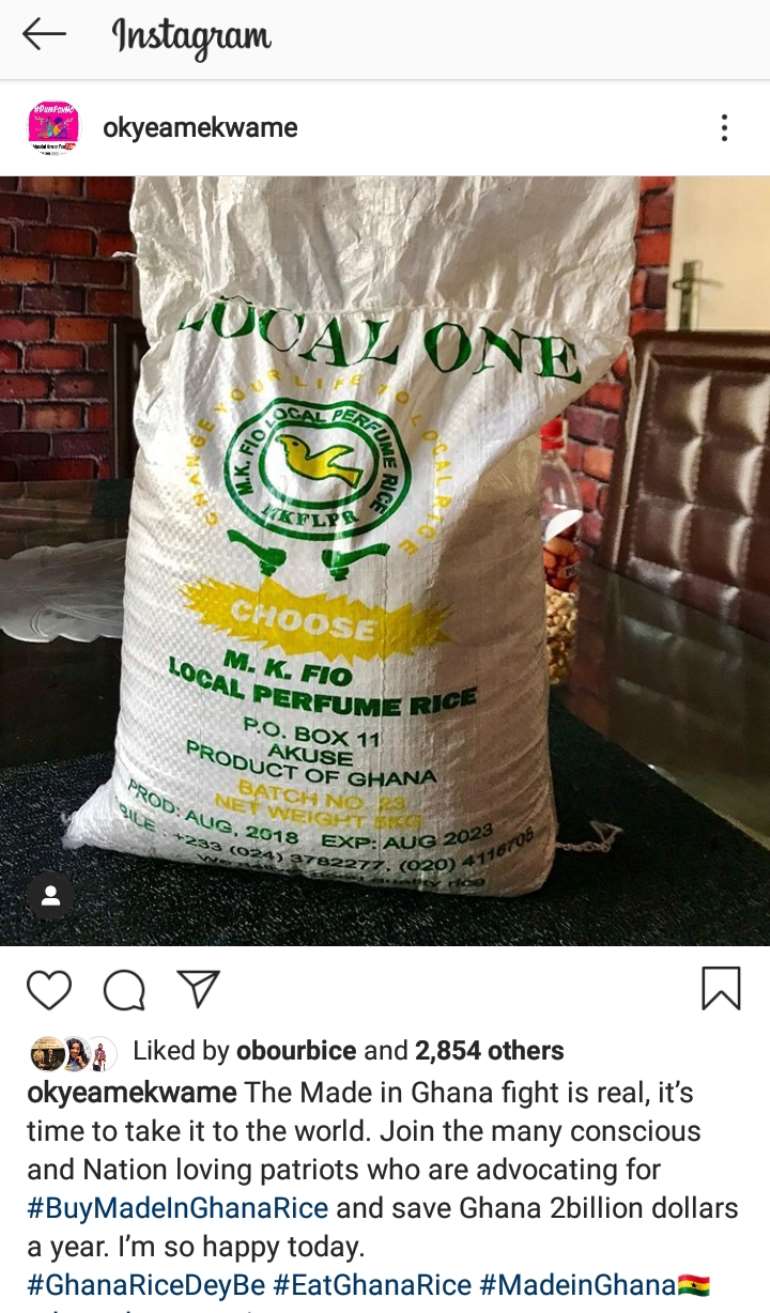 In October 2018, Okyeame was appointed Made in Ghana Ambassador by the Ministry of Trade and Industry.

He has been using his ‘Made in Ghana’ album and social media platforms to promote this cause.

In tandem with his objective, the Rap Dacta as he is affectionately called has launched OK Impressions, a pyjamas line made with local fabric. He has aso, on the market, Sante’s Hair – ladies hair produced in Ghana.

About ‘Buy Ghana Rice’ campaign
It fits into a Citi FM campaign dubbed 'Operation Feed Yourself, which encourages farming for food security and economic gains.

The Ministry of Food and Agriculture, says it is in talks with 20 major importers of rice into Ghana to get them to rely on locally produced rice for both domestic consumption and export.

Institutions like the Ghana Buffer Stock Company have stepped in to support some rice farmers in the Upper East Region after Citi News reported about how their investments were going waste due to lack of a ready market for their produce.

Other media houses have also joined the campaign, as a conversation on the consumption of local rice is also ongoing on both traditional media and social media, and this is hopefully to reduce the importation of 330 million dollars' worth of rice annually into the country.