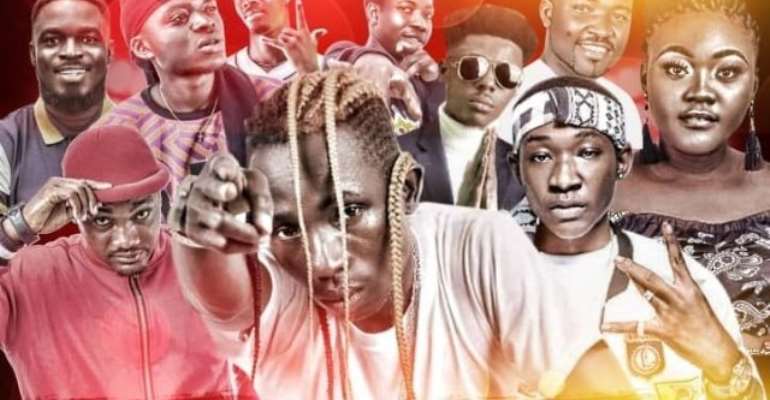 Hiplife musician and songwriter, Justice Amoah with the stage name Patapaa aka Patapeezy is said to headline the 8th edition of the Central Music Awards and the 1st regional awards scheme in Ghana.

Patapaa who is best known for his 2017 debut single "One Corner", and in 2019, came up with the phrase "Sco Pa Tu Manaa" which quickly became a social media sensation and further boosted his popularity is expected to bring the stage alive with his colleague in the music industry in the Central Region.

The Central Music Awards is designed to celebrate and honour the unique eï¬€orts of musicians and entertainment personalities in the Central region and also around the globe.

Heritage Event Promotions is the sole organizer for CMA 19 and it is to serve humanity through music/entertainment beneï¬ts entirely from their sacriï¬ce.

This event has over the last seven editions grown to become the biggest music event in the Central Region.

Conservative estimates for 2018 edition put the figure for direct participating at 30,000 people at the Nominees Jam held in Mankessim on November 25, 2018.

‘We had 980 people at the main event on December 26, at CNC, Cape Coast and indirect participation could not be counted,” the organizers stated.

In addition, respected music legends from the Central Region that have made the region proud by successfully contributing their quota to the music industry like Ebo Taylor, Ben Brako, Bessa Simons and Rev. Yawson have been awarded accordingly in the previous editions.

The CMA is awarding yet another legend from the region this year under the Lifetime achievement category for his dedication and contribution to music in Ghana.

The Central Music Awards has varied objectives some of which includes adding a new platform for especially the young to meet, make healthy merry and revive our dying live music; establish guidelines for all up and coming artistes to meet the national standard of music production and in turn meet the demand of the competitive Ghanaian music industry and beyond; to promote national collaboration for musicians from the Region and advance the effective dissemination of their music for benefit of artistes and the Region at large and to make available the artistes from the region and their genre of music to stakeholders in and beyond the country.

Other objectives include seeking and generating funds to support some deprived sections of the region as part of our social responsibility; celebrate and reward hard work, determination and commitment; inculcate in artistes unity and the act of socializing with fans; to serve as an avenue for job creation; to champion the positive lifestyle of their musicians and creating a platform to showcase the works and ordeals of our musicians.