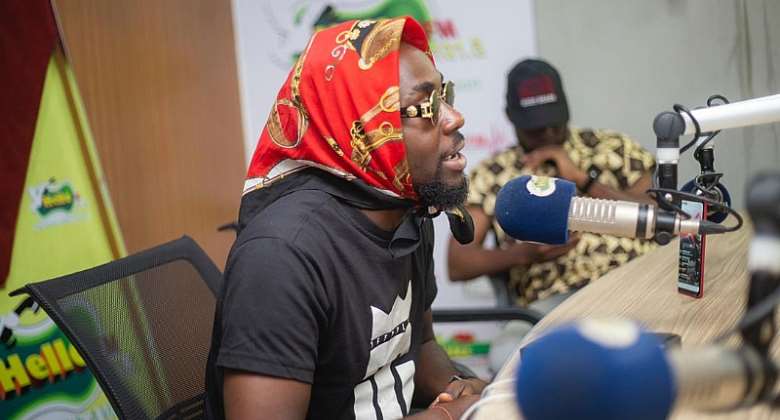 Ghanaian rapper Teephlow last week embarked on a media tour in Kumasi in the Ashanti region put together by Quophi Premier and Loops Entertainment, as a move to interact with one of his largest fanbase in the country.

The tour comprised of some 15 radio station visits and an after-party at Vienna City Kumasi. Notably among these visits were NYDJ of YFm, Dave Hammer of Hello FM, Anita of Luv Fm, Ruben of Nhyira Fm, Aroma of Pure Fm and Bones of Kesben TV.

The award-winning rapper thanked the good people of Kumasi and that matter Ashanti region for their unflinching support since his days at KNUST and asked for more support and prayers.

Teephlow also hinted of his next project named PHLOWDUCATION II, which he says is almost ready. However, he didn't give the date of release.

When queried the head of his management team (Ibrahim Kwame Baidoo) on the reason for the choice of Kumasi, he mentioned that their social media analytics shows the Ashanti region as one of their largest fanbases and that formed the basis of their choice.

He also mentioned that it's been a long time since they visited Kumasi as a team and that they needed to come through to familiarize with various radio station presenters and DJ to promote their new singles Yolo which features Fameye the nothing I get hitmaker and One Side which was more of a surprise release for the people of Ashanti region.

The tour ended with an after-party at Vienna City Pub, where the rapper took patrons to the " Bars Station".

The multiple award winner is currently promoting these singles all over the country.