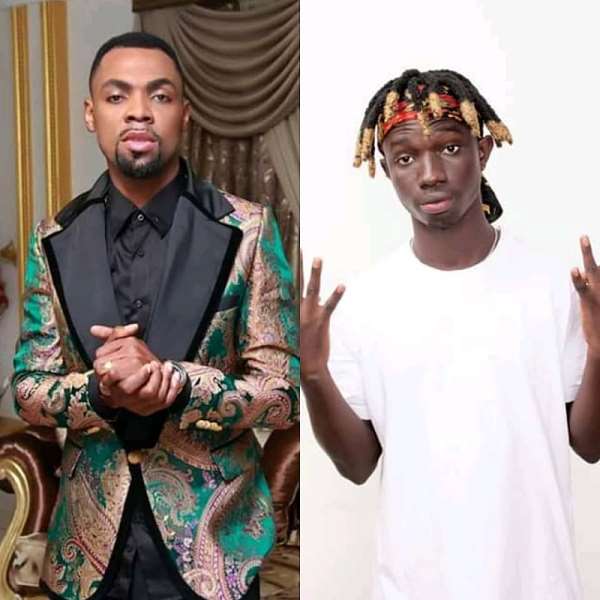 Kwabena currency is one of the most talked about artist in the Western north region music scene, Kwabena currency who has dropped several songs like real fact, Apriga, shaku shaku, keeps on pushing his music dreams to higher height.

Exclusively from Ghevent.net , Kwabena currency was interviewed on lokoBoy TV last weekend at Dansoman Accra, of which he shared his views on the journey so far as a musician in Ghana.

According to him, music is a great talent God has given him since he was born, and he has been into this music industry for 8 good years, he says he will never give up on music, because he has a passion for it. Kwabena currency was ask so many Questions of which his answers to the questions were perfect, he completed Otto Senior high school at Sefwi Bibiani, of which Mr .Otabil the owner of the school believes in him and also supported his talent massively at School.

Basically the interview was to talk about his music carrier and his current project, of which he said a lot, but he mostly hammered on his current song he featured Ghana's baddest rapper Yaa Pono which he titled it *Enjoy*. The interviewer asked him if he is a Christian and said yes, and even rev. Obofour is his spiritual father and to him he can't be compared to any pastor in Ghana, because he is a real man of God and would be very happy if he blesses his new banger (Enjoy) which he featured Yaa pono to become a hit track.