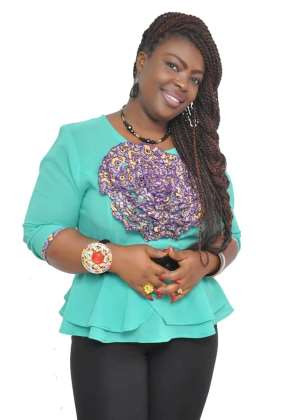 In an interview with Fnn24.com, the outspoken marriage activist has totally condemned all the verbal attacks launched at Nana Aba Anamoah for asking President Akufo-Addo to stop blaming former President Mahama at the least opportunity.

Nana Aba Anamoah came under severe verbal attack from members of the New Patriotic Party, NPP because she expressed her disappointment in President Akufo-Addo during his recent tour in the Volta Region.

Her statement did not go down with the majority of Akufo-Addo sympathizers and NPP members who took turns to insult and abuse her personality on all media platforms.

However, sharing her candid opinion, Owurayere Nanapanin Arhin has described men who insult and abuse women as uncivilized and uncultured.

She told Fnn24.com; “… I don’t understand why people especially politicians are insulting Nana Aba Anamoah. Seriously, what she said was harmless and the truth. See, any man who insults a woman is just uncivilized.”

Owurayere Nanapanin Arhin added that Ghanaians should wake up and boycott both NDC and NPP because these two parties have nothing better to offer.

“… They are all the same, NDC and NPP have nothing to offer us. They are just playing mind games with us,” she said.

Owurayere Nanapanin Arhin is a renowned marriage, relationship and youth activist and she is also the host of “Obaasima” a radio program aired on Accra-based Onua 95.1 FM every Saturday morning.