I Didn't Ask Ms Forson To Divorce Her Husband — Bullet 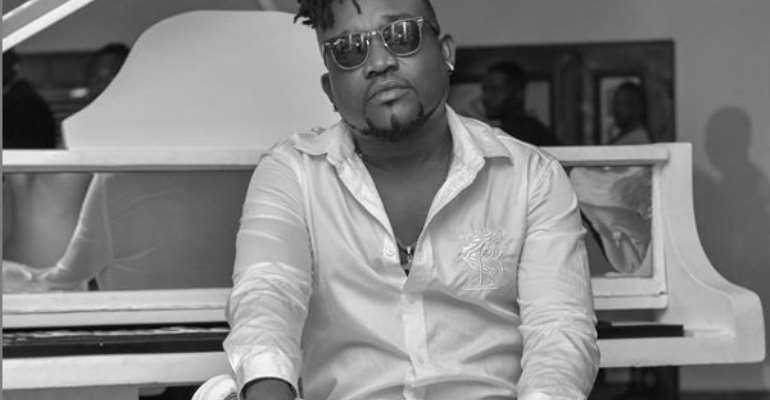 The boss of RuffTown Records, Bullet has accused former signee Miss Forson of trying to destroy his hard-earned reputation.

Speaking on Daybreak Hitz on Hitz FM, the artiste manager, born Ricky Nana Agyeman, said, “those who left me including her want to go out and try to paint me black even though they are the ones who have wronged me.”

Ms Forson has been in the news claiming Bullet demanded $50,000 from her before he works with her.

The singer who was introduced shortly after Ebony’s death alongside Wendy Shay alleged that Bullet had forced her to divorce her husband of 4 months.

Ms Forson alleged that Bullet said marriage would hinder the success of her career adding that he said he cannot work with married women.

Bullet said no responsible woman would kill her mother if she is asked to.

In an interview with Andy Dosty, host of the show “how can I do that? I respect marriage so much. I mean, what God has put together who am I to put asunder.”

According to him, the one request he made was asking Ms Forson and her husband sign a document that can allow her to go to work when it is needed regardless of the time and day.

“I was scared for my investment so I asked her to tell her husband to be part of it. She came to tell me that her husband says he wouldn’t sign the agreement,” he said.

The artiste manager stated that if he did not deal with married women, he would have asked her to go then.

“But I went ahead, invested in her and was hoping that her husband comes to join,” he added.

He stated the $50,000 was his own investment he was willing to make. Bullet added that not all of it may have been physical cash explaining there were expenses his resources could have taken care of.

“When she was leaving she didn’t tell me, because we were still talking, we had recorded songs, and did lots of things together,” he added.

Bullet said Ms Forson was riding on his good name to trend and gain some clout to shoot her career.

Ms Forson now signed to Black Avenue Muzik has released a statement to apologise for her comments about Bullet.

Read her statement below: 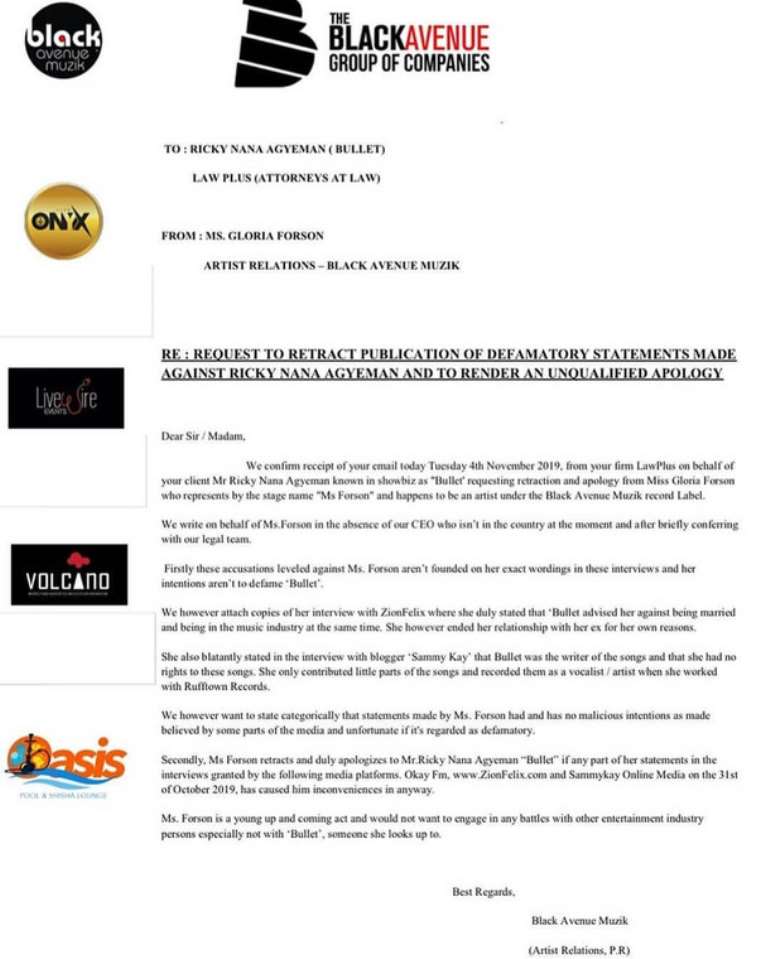 Bullet, however, told Andy Dosty that he would sue anyone who goes round to spread lies about him adding that he is tired of the trend.