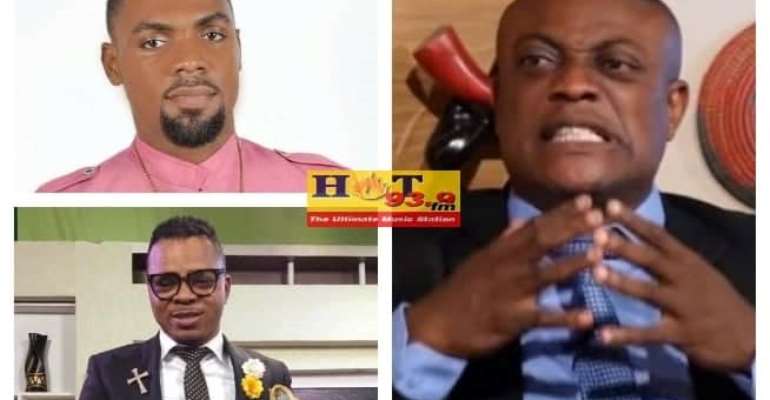 Celebrity lawyer, Maurice Ampaw has urged the Ghana Police to use Rev.Obofour as a scapegoat in curbing criminal activities among some pastors.

It would be recalled that Rev. Obofuor, who is the founder and leader of Anointed Palace Chapel was invited by the police following a strange deliverance service that occurred when he was preaching at Prophet Abruku Abruka’s church. Rev.Obofour called a man with marijuana in his pocket and ordered him to smoke at the church.

He went on to deliver the person of the weed-smoking spirit that possesses him after he was done smoking.

Following a call for his arrest, the Inspector General of Police (IGP), Mr. James Oppong-Boanuh ordered Rev.Obofour to be invited and questioned.

In his statement to the Police, the controversial ‘Man Of God” affirmed that he was possessed by the Holy Spirit and it was the Holy Spirit who ordered the young man to smoke the wee during the deliverance service and not him.

Expressing his view on the arrest of Rev.Obofour in an exclusive interview on ‘Maakye’, hosted by Boamah Darko on Accra-based Hot 93.9FM, Lawyer Maurice Ampaw angrily revealed that the Police should’ve acted long ago because most Ghanaian Pastors are engaging in criminal activities with impunity which are having negative repercussions on Children.

“ Rev. Obofour, what he did I’m extremely disappointed in the Police because you shouldn't have started a campaign before they arrest him…Most of the Pastors of today are engaging in criminal acts with impunity. The things they do in their churches; some are insulting, brawl that provokes people, disturbing public peace, offensive conducts; all these are captured on social media which deprecate the minds of Children”. Maurice Ampaw fumed

He added,” Rev.Obofour is becoming swollen headed; he is deviating from his calling because that arrogance to the extend of saying overtaking is allowed, Smoke the wee no one can do you anything,…how dare him.. he should be punished severely to send a signal to other pastors that they are not above the law”