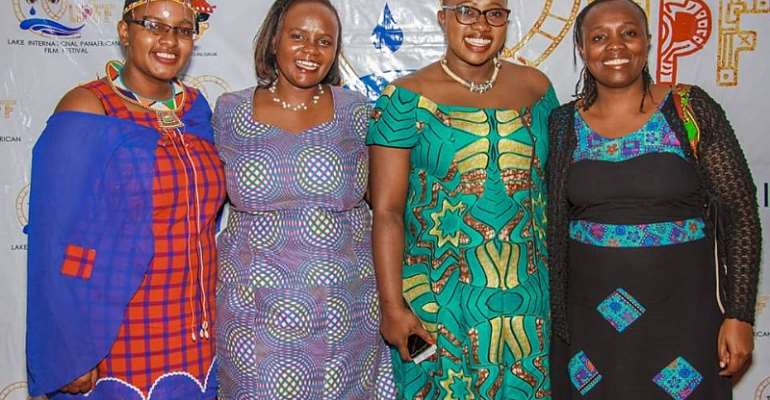 The annual Lake International PanAfrican Film Festival (LIPFF) is a film festival that aims at bringing filmmakers together and opening up the region to reap the benefits of tourism, intellectual and cultural exchange, while increasing the African cinematic experience by taking African language films to the people.

Lake International PanAfrican Film Festival 2019 has opened up for youth and experts to submit films in any African Languages with English Subtitles made in Africa. The festival only accepts feature films, short films, documentaries and animation films. LIPFF 2019 attracted 2890, with 589 from Africa and 57 from Kenya, a great increase from 2018 when we had 1983 entries, with 392 films from Africa and 46 from Kenya, a sign that the Festival is growing in reach all over Africa year after year .

This year we expect more countries represented at the Festival too.

The call for entries for 2019 opened on March 1st 2019 until 10th June 2019. This year we introduced a new category for Student Feature Films and Student Phone Film Challenge, which has addressed a lot of human rights issues that student’s in universities and colleges face from sexual harassment by lecturers and peers, to drug influence and gender violence and abuse, deliberate infection of STDs, peer discrimination and stigma leading to murders and suicides. The student Phone Film Challenge has been sponsored by Amnesty International as it seeks to use film as a tool to empower youth. The festival will have various activities: film screenings, exhibitions, 2 workshops, 3 panel discussions, Round Table Discussion, Open Forum, Excursions and the Gala Award Ceremony.

“The Festival is taking place in Nakuru for the Second time since its inception in 2016. This was after we were invited by the Creative Economy Structure and the Chief Officer Arts and Culture, Ms Tumme Abduba, the former Nakuru CEC for Tourism, Dr. Ketyenya, with the flagship of His Excellency Governor Hon. Lee Kinyanjui in May 2018. The LIPFF team visited Nakuru for a recce, and confirmed spaces like Nakuru Players Theatre as potential spaces, which we then used in 2018, and will still use in 2019 as the main Festival venue. Nakuru is the ultimate destination and it is very central for everyone from all parts of the country, so we thought it as great choice, besides, it has 5 lakes, as suggested in our Festival name,” says Dr. Zippy Okoth-Festival Director.

Nakuru county has been very supportive of the Creative Sector and thus their partnership with the Lake International PanAfrican Film Festival has been very instrumental in the empowerment of the youth in the County. Of the 20 slots in each of the workshops, 40% of the slots are entirely for Nakuru Youth, which has really impacted on the quality of their films. From last years director’s workshop, we have had four entries from Nakuru County, with two films making it to the nominees list, a highly competitive feat, taking into note, LIPFF is an international film with entries from all over Africa.

The LIPFF Festival has also brought in a lot of traction to Nakuru as more organisations have noticed the potential of Nakuru County as a Creative and Tourism Hub. The LIPFF Festival, ensures that the filmmakers get a tour of the National Park, the Hyrax Hill and other tourist attraction sites like Hell’s gate, thus giving the potential of the County as a filming destination. Besides that, organisations like the Kenya Film Commission, PPMC, The Department of Culture, the French Embassy, the European Union and various private and government organisations have initiated a number of events, with talks of creation of sustainable hubs and trainings. This year, the two workshops, will benefit the youth in Nakuru more as they have ease of access, and thus getting mentors to walk with them in the journey of film creation, marketing and distribution. Having the Film in Nakuru County will be a great opportunity to create collaborations, with established, local and international filmmakers, thus enabling the youth to learn and unlearn ways of creating films for the global markets. We have various sponsors who are excited to be part of the Festival, with a view of empowering their customers beyond Nairobi. It is no doubt that the Festival also brings in revenue to the local businesses with more guests being in town, thus hotels and restaurants from low to high end getting various clients. It is no doubt that the Festival is real in creating lasting networks and business to the locals and to the filmmakers in attendance, and most of all, it is fun to be learning and enjoying films, one would not easily get access to and celebrating the African languages through films.

Film Workshop: There will be two film workshops, each running for 3 days between 6th – 8th November 2019. Each workshop will have 20 participants. Interested filmmakers will apply to attend the workshops and commit to be present at the training for the three full days. Thereafter, the participants will be tasked to do a production to be released before the next LIPFF. From LIPFF 2017, the film Seredo 2 was released in May 2018. And from LIPFF 2018, the film Ole-Naibon was released in March 2019, with more to follow as part of the collaborations from the Festival. This year the two workshops are on ‘Film Marketing and Distribution Workshop,’ to empower Producers on marketing and distribution strategies, from the Pre-production stage to earning revenue from the films including reaching the masses. ‘Cinematography Workshop.’ focus on camera operation, lights and sound, and is focused on empowering the Directors of Photography on current trends and techniques.

We will also have an Open Forum where the public will learn more on Crowdfunding through Thundafund, Showmax as a Digital Distribution Platform, Human Rights Education Films through Amnesty, Films for and on disability by Signs TV and many more. The Gala Awards will take place on the evening of Saturday 9th November 2019 on an invite only red carpet event. The Gala Awards is set to take place at The Alps Hotel in Nakuru. The winners and best films will be awarded at this event.