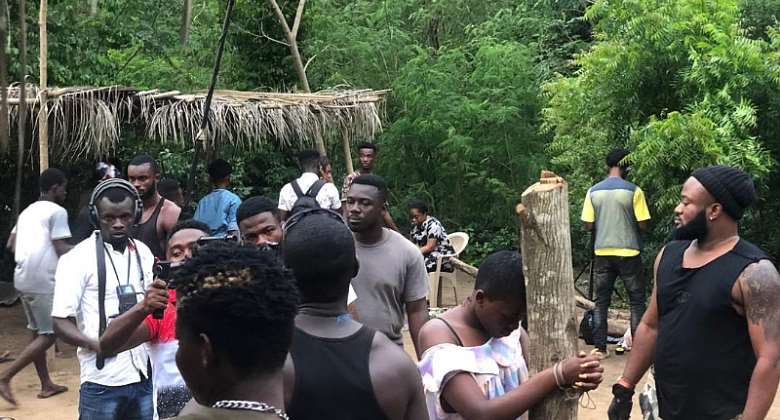 Ghanaian actress and entrepreneur known as Fella Makafui featured in a new movie titled "AMAThemovie" a movie Produced By Young Ghanaian Legend Umar Krupp. In this movie fella played a role of Suzzy a slave s3x worker in the slaves camp.

Her role was one of the most challenging roles but her profession as an actress was put in display which made it easy.

"Ama" set to hit the cinemas by January 2020
Check out the pictures:

More from Movie News
ModernGhana Links
Age and childbearing have taught me not to play romantic roles in movies anymore — Mercy Johnson
Support the movie industry as we support yours — Lydia Forson to Ghanaian Musicians
'For the sake of my career, you dare not quit acting' — Wayoosi to godfather Agya Koo
TOP STORIES