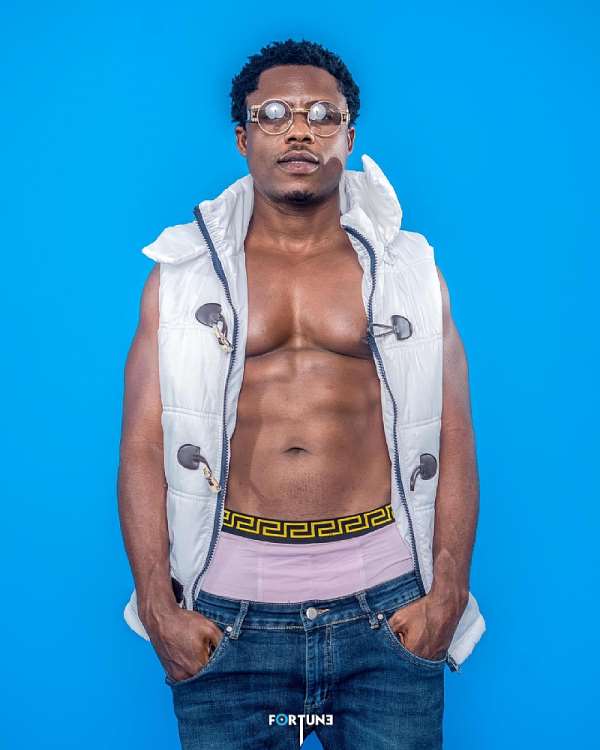 Streaming giants Spotify has released analytic overview of artistes performance on the music streaming platform for the year 2019 and some artists have shared their numbers with their fans.

Luminary's song "Agyeiwaa" which was barely released a fortnight ago has made an appearance in the chart and comfortably pegged at number 5 beating Wizkid, Davido, Wizkid, Rihana and many others.

Luminary DMR over the years has proved it time without number that he’s the ‘baddest’ in the game and his song "Agyeiwaa' has already started making waves on international chart shows few weeks after its release prove it. 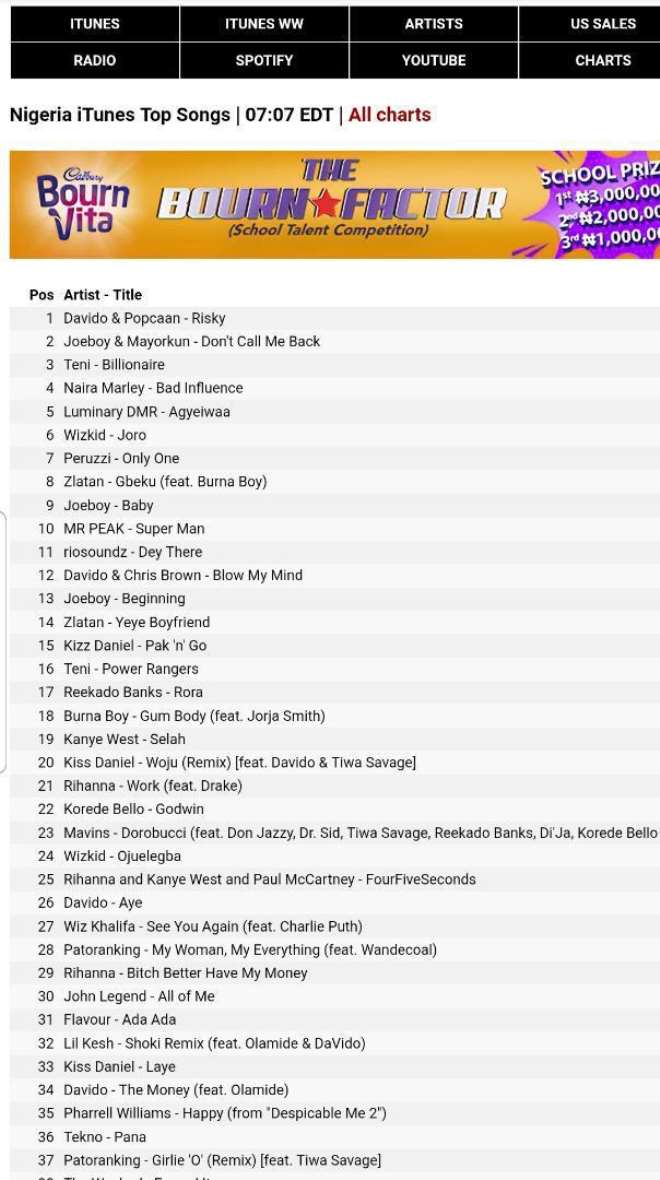 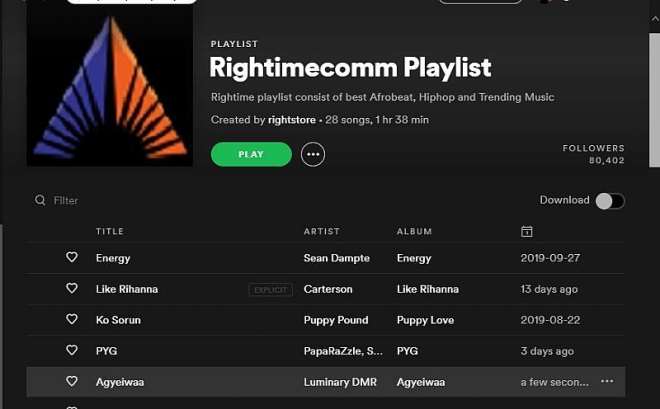