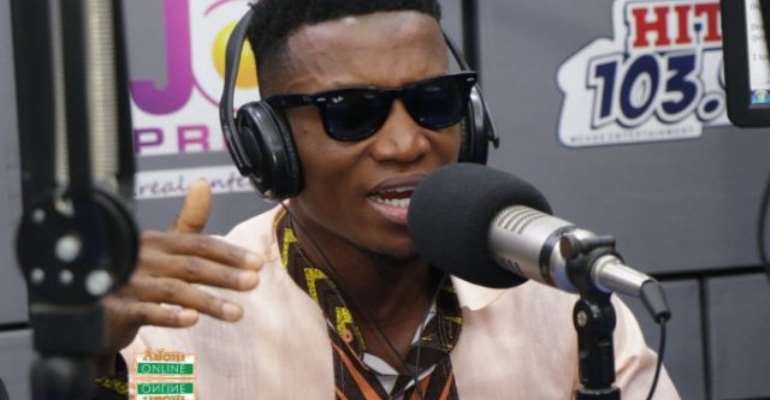 ‘Things Fall Apart’ by hiplife artiste Kofi Kinaata has taken the number one spot on the Adom FM Music Chart on Week 41, becoming the first song to rise to the foremost position.

Most songs rise to the number one position of the chart after rising gradually from a lower rank.

When Kofi Kinaata released his hit song Ghanaians were constantly talking about the society related issues highlighted in the song.

This song brought forth the songwriting prowess of the artiste.

Although Kofi Kinaata won Songwriter of the year at the Vodafone Ghana Music Awards before, many Ghanaians still had not wrapped their head around his talent until ‘Things Fall Apart’. The song beat other songs by Sarkodie, Stonebowy and Shatta Wale to claim that spot.

At Number Two is ‘Ololo’ by Stonebwoy featuring Nigeria’s Teni.

At Number Three is Sarkodie’s 'Saara' featuring Efya. The rapper and the singer have been known to serve fans with great songs. 'Saara' talks about two lovers who are willing to accept their partners regardless of their imperfections.

‘Melissa’ by Shatta Wale is at Number Four. The song is the second on the artiste’s new album ‘Wonder Boy’.

At Number Five is 'Bra' by King Promise. The song feature’s Kojo Antwi, one of Ghana’s most celebrated artiste.

‘Mea’ by Kelvyn Boy featuring Joey B is at Number Six.

‘Lucky’ by Sarkodie since its release has been making waves across the country and with Rudeboy on it, it has crossed lots of Africa borders. The song has remained strong in the top ten since its debut. It is at Number Seven this week.

At Number Eight is ‘My Everything’ by Joe Mettle.

It seems singer Fameye is not slowing down anytime soon. The singer, since his song ‘Nothing I Get’, has been producing back to back hits. This week his song ‘Mati’ is at Number Ten.

At Number 11 is Celestine Donkor and Nhyiraba Gideon with Agbebolo (Bread Of Life).

Although ‘Dondo’ by Kwaw Kese Ft. Sarkodie, Mr Eazi, Medikal, Skonti managed to top the charts twice, the emergence of new songs has pushed it down the list. The song is at Number 12.

At Number 14 is Kuami Eugene’s ‘Ohemaa’.

Becca’s Yes I Do featuring Tiwa Savage is at Number 16.

Dada Hafco is at Number 17 with ‘Our History’. The song features Fameye.