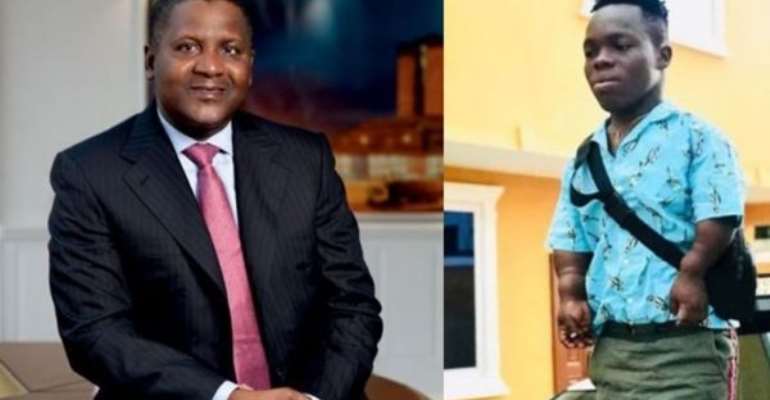 Shatta Bandle came to the limelight recently after he claimed to be wealthier than the richest man in Africa, Aliko Dangote.

Shatta Bandel has been making several videos to show off his wealth, but in all, he (Shatta Bandel) never fails to mention how he is wealthier than Aliko Dangote. In all his mentions of Aliko Dangote, he has never been replied until recently, when Aliko Dangote decided to say something.

In an interview, Aliko Dangote said:
“I cannot compare myself to anyone in terms of wealth. If anyone claims that he is rich than me, I do not see any harm in that. I’m not competing with anyone, I have my things and I’m happy with what I have. I have nothing to prove to anyone... I have been recognized for the work I have done."